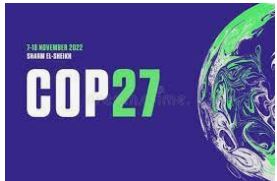 AN African organisation, Africa Climate Justice Collective (ACJC) has called on African Governments, the African Union and African Group of Negotiators to seek enduring solutions to address climate crisis in the region, particularly its impacts on African women and its communities ahead of COP 27.

The 27th edition of the United Nations Climate Change Conference, COP27 (Conference of the Parties of the UNFCCC), will be held Nov. 6 to  Nov. 18 in Sharm El Sheikh, Egypt.

The organisation made the call in a statement issued by its Communication Officer, Mr Benson Fasanya in Tuesday in Jos.

He said the request was contained in a declaration it launched during the pre-COP27 Ministerial meeting held in Kinshasa, Democratic Republic of Congo (DRC) on Oct.4.

“The declaration is calling for our African Governments, the African Union, and African Group of Negotiators to act in the interests of Africa and to push for ‘real’ solutions to the climate crisis to protect the people of Africa and the planet, “ he said.

He said ACJC together with some local partners want the minister’s forum to advocate for climate justice and urgent actions for the region at the COP 27, describing its people as living in crisis.

“Our call for action includes these key initial set of demands: Provide climate financing and pay climate debt owed to Africa; Develop clear and ambitious commitments in line with 1.5 degrees; build food sovereignty for resilience of the African people; Stop financing false solutions which are a dangerous distraction.

“Leave fossil fuels underground and stop the expansion of gas on the continent; Transform our energy system for energy justice; Build peace and bring an end to climate hypocrisy; Stop waste colonialism, excessive consumption by elites and advance a circular economy.

“Respect and uphold the rights of people including the right to say no to destructive infrastructure and other projects, “.

He explained that the launch of the declaration comes just before the African People’s Counter COP to be held across the continent from Oct. 17 to Oct. 21.

Other activities, he said, include an online event, several local and national People’s Assemblies and other actions by members, allies and endorsers.

The declaration was developed by conveners comprising of 27 movement-based and allied organisations and partners who make up the ACJC. (NAN)