MUSTAPHA Lambe, Head of the Department of Mass Communication, University of Ilorin, has advised Nigerians to pay attention to media reports and government instructions on Coronavirus (COVID-19) pandemic.

Lambe told newsmen on Monday in Ilorin that there was increasing mistrust between the government and the governed on COVID-19 pandemic.

He noted that the rate at which people disregarded the threat posed by the virus called for concern.

The don called for concerted efforts among stakeholders toward building trust in public institutions and most especially the media in view of its roles in the progress and development of the society.

He said that the continuous mistrust of media contents informed the scanty regard people are expressing toward the reality of the coronavirus.

”Due to this mistrust of the reality of the pandemic, thousands of people have died of the disease across the globe which is also threatening global peace and economy,” Lambe said.

He said that some people believed that media reports were planted by the government to deceive people toward achieving some goals that are not altruistic.

Lambe insisted that some people perceived the media as being a mere collaborator with the government in the business of hoodwinking the ordinary people for selfish interests instead of public purpose.

He also urged media technocrats to publish verifiable information on COVID-19 and for people to understand the dangers inherent in it.

Besides  the don advised government officials to ensure that policies and programmes are designed and implemented to build trust among the populace.

UAE to test 2m people for COVID-19, as cases rise 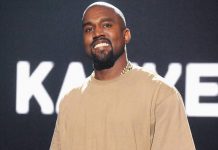