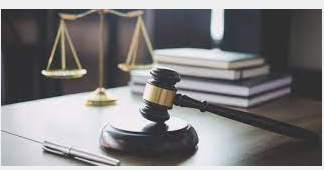 A Chief Magistrates’ Court in Ilorin has on Thursday remanded a 32-year-old commercial driver, Idowu Ali, for allegedly assaulting and macheting a 2-year-old boy over domestic issue.

The Chief Magistrate, Ibrahim Dasuki, insisted that he must know the condition of the victim before he could listen to any application.

The court adjourned the case till August 29 for mention.

The Prosecuting Counsel, Onwa Emmanuel, told the court that on June 7, the suspect attacked family of one Emmanuel Ifeanyi, and macheted a 2-year-old boy on his left leg.

The suspect used the same cutlass to cut the right thumb of the complainant.

He said that on June 14, the case was transferred from Divisional Police headquarters ‘C’ Division, Oja Oba, Ilorin, to the Criminal Investigation Department for discreet investigation.

“It stated that on June 8, one Emmanuel Ifeanyi, of Adabata Area, Ilorin, reported at ‘C’ Division that on June 7, at about 23:15 hours he was with his family sleeping at the corridor of his apartment.

“The apartment, which happens to be at the upstairs, when suddenly one Idowu Ali of the same address climbed up to challenge him over a domestic matter.

“Ali left in anger and returned few minutes after with a cutlass in his hand and forcefully kicked the door open, then aimed to behead Ifeanyi’s two-year-old son.

“He missed his target, thereby hit the machete on the boy’s leg and almost cut the leg off the ankle as he was lying down sleeping.

“While Ifeanyi was trying to collect the cutlass from Ali, to prevent him from further harm, he used the cutlass to attack Ifeanyi and cut his right thumb.”

He however said that investigation conducted revealed that the genesis of the incident was because the son of Ali, a 10-year-old boy, beat one of Ifeanyi’s son and it degenerated into misunderstanding between both parents.

During interrogation, Ali confessed that his wife called him on phone that Ifeanyi and his wife were beating her and he told his wife to wait till he returns in the evening.

He said that the suspect angrily and forcefully kicked the door of Ifeanyi’s apartment and challenged him, but Ifeanyi pushed him out, which made Ali returned with a cutlass.

The suspect angrily used the machete to hit Ifeanyi’s son on his right leg, leaving the boy in severe pain.

He said that the boy was still receiving treatment at an undisclosed medical facility in town. (NAN)