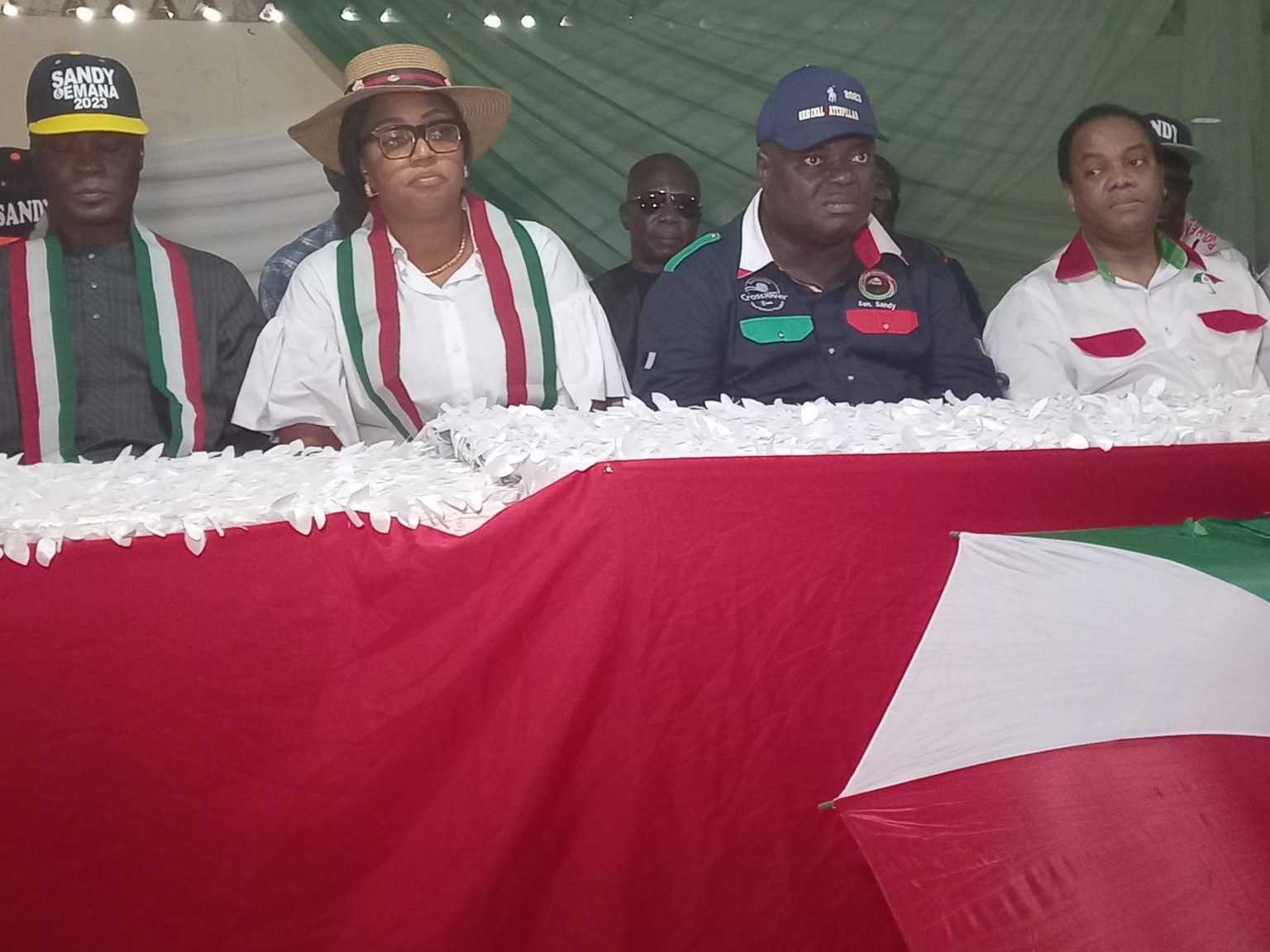 SEN. Sandy Onor, governorship candidate of the PDP, says the natural resources at Akamkpa will be harnessed for the greater good of the council area and the state if voted into office.

Onor made the promise when he met with traditional rulers in the local government as part of his campaign tour around the state on Tuesday.

The candidate, who currently represents Cross River Central in the Senate, expressed regrets that the people had not enjoyed the benefits of natural resources that abound across the area.

While noting that Akamkpa people were predominantly Ejagham tribe who owned more than 60 per cent of the forest in Cross River, he bemoaned that illegal loggers supported by state actors, had taken over the forest.

He stated that his government would end illegal loggers.

He said that in spite of their rich resources, Ejagham people were known for thier hospitable nature and peaceful disposition and had contributed in no small measures to the development of the state.

According to him, “Ejagham people are not only rich in natural resources, they are hospitable and peaceful people.

“Cross River people share cultural affinity with each other. We must emphasise on our commonality rather than that which divides us.

“That is why I want to run a government devoid of ethnicity. Donald Duke and Liyel Imoke administrations were not nepotic, so we won’t start it.

“When voted into office, we will harness their natural resources to their advantage as well as to the overall development of the state”.

On his part, the traditional ruler said that they were productive people who needed government to create the enabling environment for their businesses to thrive.

He urged them not to cast their vote based on sentiment but the capacity to deliver.

The head of traditional rulers in the local government, HRM Echi Emayip, while stating that their doors were opened to all politicians, added that they would pray for the success of the PDP candidate in the poll.(NAN)