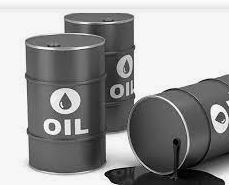 NIGERIA’S crude oil revenue has continued to decline as the Organization of the Petroleum Exporting Countries’ newly released Monthly Oil Market Report for September revealed that the country’s crude oil output fell to 900, 000 barrels per day (b/d) in August.

This crash is said to be the lowest in over a decade. According to the OPEC report, Nigeria’s crude oil production dropped from 1 million b/d recorded in July to 900, 000b/d last month.

This is as the price of the country’s crude grade, Bonny Light, also dropped by 10 percent within the space of one month (July-August). Bonny Light, which was sold for $117/b in July, dropped to $106/b in August.

However, the country’s revenue from crude oil rose significantly year-on-year, as Bonny Light price rose by 64 percent between 2021 and August 2022.

Bonny Light is a light-sweet crude oil grade produced in Nigeria. It is an important benchmark crude for all West African crude production and is usually $1+ higher than the international crude grade, Brent.

Nigeria’s crude oil production has been witnessing significant drops for some years now, as the country last recorded a 1.4mb/d in 2020.

This is not unconnected to the increasing oil theft in the Niger Delta. The Chief Executive Officer of the Nigerian National Petroleum Company Limited, NNPC, Mele Kyari, had said that high-placed Nigerians, including religious, community leaders, and government officials, were fully involved in crude oil theft.

He also said the entire network of pipelines for petroleum products distribution in the country had been deliberately shut down as a result of the activities of vandals and also because the refineries were not operating as a business but incurring losses, adding that Nigeria would stop fuel importation in 2023.

Consequently Nigeria’s oil production has gradually crashed to 1.3mb/d at the beginning of 2021, and further to 1.2mb/d in the first quarter of this year.