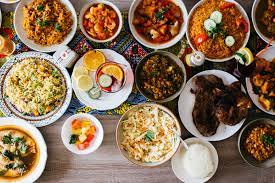 WHAT can be said about culture and identity that hasn’t been said before? Not that much.

Whoever you may be, wherever you may find yourself, regardless of how you choose to do the things you love doing from time to time, you are actually a living proof of the widely accepted dictum that says culture plays a very crucial part in engineering and determining outcomes, at least one way or the other. Just as much as it can also go both ways. Some say culture is pervasive, some say it forms the atoms from which the matter of society is built. However you may want to see it, culture is not stagnant, it is a shape-shifting dynamic machine, which is more often than not fueled by evolution. The fluidity of culture is ultimately the same reason it evolves and changes with time. Culture refers to the totality of a people’s way of life, which is expressed in their history, language, art, philosophy, economy, music, food, and dressing amongst others. It can also be viewed as a sum total of the way of life of a particular group of people.

It is unsurprising that even way back in those days when the great Mahatma Gandhi stated that culture resides in the hearts and souls of the people, he had probably seen and experienced from close quarters, the power of the individual as a cultural agent, a central point within a social-system that served as a fertile ground for the enculturation processes of acculturation and assimilation through the internalization of values, norms, and beliefs.

Not much has changed since then, despite the rapidly growing rate of globalization in the face of the shameless commercialization of culture, it still remains a potent tool for identity formation in the 21st Century.

Though there are other equally strong identity-shaping factors such as, religion, ethnicity, media and language amongst others, which all play a part in ways that cannot be denied. Culture clearly stands out within a wide spectrum of identity formation catalysts. This is because it still determines how certain roles are played by the various agents of identity formation.

While the term identity is often colloquially used by many, it is equally hard to find its concise meaning without breaking a sweat. It is often said that an answer to the “who am I?” question provides a good start towards finding an answer to the personal identity question. In essence, the Delphic maxim “know thyself” as used by Plato is a stepping stone to shattering the personal identity glass-ceiling. A popular concept that furnishes us with different perspectives on identity, while also breaking them into smaller digestible pieces can be found in the words of William James, a popular philosopher who once said, “whenever two people meet, there are really six people present. There is each man as he sees himself, each man as the other sees him, and each man as he really is.” A good analogy about identity sees it as a kaleidoscope that changes with every turn, with its reflection depending on the angle from which it is viewed, and the speed at which it turns.

Some of the questions that have fueled both past and present debates about culture and identity have often come in the shape of whether or not there is a causative correlation between these two variables, another dimension often seeks to unravel how these two fundamental variables exert themselves on one another in the face of other factors. With that in mind, identity itself is sometimes created on an individual level (personal identity) or group level (social identity). Culture and identity do not only shape each other in a two way pattern, they shape society and nations at large. The ability to express yourself on an individual level (personal identity) can serve as a building block of culture that reinforces a particular culture, it can also be the building block of a counter-culture, and perhaps the beginning of a new culture. While the idea of personal identity is wrapped around how we see ourselves, social identity on the other hand is more about how others see us. These two types of identity are more often than not influenced by factors such as religion, ethnicity, media and language amongst others, with some consequences that are on most occasions very visible. The William-Webster online dictionary defines identity as “the distinguishing quality or character of an individual.” It is a cocktail of these distinguishing qualities that ultimately form an individual’s personal identity, which can in turn be observable to the attentive onlooker with a keen eye for spotting such details.

Nigeria is a culturally diverse nation to say the least. To say that it is a multi-ethnic country with hundreds of tribes, each with its own distinct culture and identity, is a statement soaked in undiluted truism. Studies have long shown that it is the third most ethnically and linguistically diverse country in the world, after New Guinea and Indonesia. When we talk about cultural identity, we are actually talking about how personal and socio-cultural identities are shaped and most times influenced by certain factors, which are not totally restricted to the processes listed below:

Religion: Due to their ethico-ontological roots, it is difficult to deny that religion and culture are interwoven in ways that tend to shape our personal and socio-cultural identities. In many ways, the present reality shows beyond measure, that the clash between religious dogma and post-modernism has not diminished the ever growing influence of religion on culture in most parts of the world. Religion remains a very powerful vehicle for the shaping of norms and rules within a given society, especially in the developing world. Nigeria, like every society depends on its beliefs for the laying down of norms and rules which are equally useful for setting boundaries as to what is considered right or wrong. In the words of Clifford Geertz, a well-known anthropologist, religion can be seen as a ‘cultural system’ composed of myths, rituals, symbols and beliefs. One can therefore easily identify members of certain religious groups by the way they dress as well as other clearly visible characteristics that may be socio-cultural in nature. The use of symbols can be seen in the case of the Christian religious symbol (the cross) which has undergone a sort of evolution, going from being an exclusive religious symbol to swimming in the realms of aesthetics and culture, penetrating pop culture to the point that it is now more of a cultural and fashion accessory used on jewelries such as necklaces, rings, and sometimes printed fabrics.

Ethnicity: Ethnicity influences our personal identities as well as our socio-cultural identities from the moment we are born. Ethnicity refers to people who identify with each other on the basis of certain shared attributes that distinguish them from other groups. Ethnicity is considered a given identity trait due to the fact that it is assigned at birth, and we have no control over our ethnic grouping. We, however, do have the choice of aligning, or deviating from the norms, values, beliefs and cultural practices shared within such groups.

Despite the fact that Nigeria is blessed with so many ethnic groups, people can still be identified and classified by their ethnic lineage. The three major ethnic groups in Nigeria are the Yoruba, Hausa and Igbo ethnic groups, as reflected by the icons on the fifty Naira note, which is also known as Wazobia, a portmanteau that blends the word ‘come’ from the three languages into one word. All ethnic groups have their own distinguishing attributes such as dressing, tribal marks and language, which are strongly rooted in the personal identity of group members.

Media: The mass media define our cultural identity in the sense that our identities are often influenced by the music we listen to, the movies we watch, the television and radio channels we prefer, even the books we read amongst others. These factors shape culture as well as our personal and socio-cultural identities. The mass media have brought about a mediation of popular culture which Stan Le Roy Wilson refers to as mass culture – things are now mass produced and shared through the mass media, fueling what has been referred to as popular culture. Digital technologies have also transformed the processes of identity formation by providing us with a platform for showcasing our personal identities in ways that had previously been considered as unimaginably abstract and farfetched. The emergence of the internet and social media have also exacerbated the western hegemonic ideologies of neo-imperialism and globalization, which have in turn influenced our socio-cultural identities in multiple ways.

Language: People who speak the same language often share other cultural similarities. Edward Sapir’s sociolinguistic assertion which states that “language does not exist apart from culture,” does not only show the symbiotic relationship between the two, it shows that language is a vital component of cultural identity that has existed for ages. Language refers to a system that employs the use of sounds and symbols for communication within a group of people. It is an influential cultural attribute that shapes our personal and socio-cultural identities. In Nigeria, years of British colonization have meant that English is the official language, even after many decades of independence. It is, however, very hard to find a person from any tribe, be it Yoruba, Hausa or Igbo that speaks the English language without a little bit of accent and mother tongue, which in turn gives you an idea about his or her socio-cultural identity.

The Biblical story about the Tower of Babel, which explains the origins of the multiplicity of languages, is a good example of how speaking the same language helps people achieve common socio-cultural goals and vice versa.

There are other factors such as gender, family, nationality, social class, cultural arena and education amongst others that influence personal and social identity, and in essence form the building blocks of cultural identity in our world today. Cultural identity can be analogically viewed as a Mobius Strip due to its dynamic nature. Most of the forces that impact personal identity in particular and socio-cultural identity in general are multidirectional in the way they shape you and vice versa, you may either adjust to the world as an individual, or try to adjust your cultural arena as an active cultural agent rather than a passive one. Since it is said that what flows inwards from outside may shape us, while what flows outwards from inside us may change the world, the ultimate goal is to become active agents.