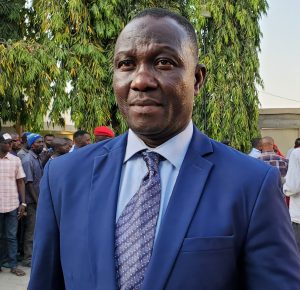 THE Central Bank of Nigeria (CBN), has assured rural and underserved communities in Gombe State of adequate supply of the newly redesigned naira notes.

This according to the CBN will be done through its ongoing nationwide currency swap programme.

Yusuf who is also the Director, Development Finance Department in the CBN Headquarters, said the bank’s desire to ensure that underserved communities were reached led to the introduction of currency swap programme.

He said the visit to the palace of the royal father was to get his support before proceeding to rural communities in the LGA in line with the directive from the CBN Directorate Headquarters.

“It is part of the sensitisation programme organised by CBN and we are working together with the banks and agents to ensure that the currency swap approved by the governor of the CBN, Godwin Emefiele is carried out effectively.

“The money is there, we have given out to the banks and we expect them to give out to the public.

“We are assuring everyone that the newly redesigned notes are available and through this currency swap initiative, we will serve more rural communities as the exercise is ongoing across the state and country.”

Yusuf who was represented by Mr Shehu Goringo, CBN Branch Controller, Gombe, said that the newly-redesigned notes had been given to banks and agents to ensure that people got opportunity to swap their money.

“The principle is that if you have N10, 000 or less, you will swap with the new notes by the agents and the banks and it is taking place.

According to him, the apex bank has directed that old notes should not be dispensed, so, I am sure necessary measures will be taken against erring banks for non-compliance.

Responding, the royal father Muhammad commended the CBN for the initiative toward phasing out the old notes.

Muhammad, however, expressed concerns about the availability of the newly redesigned notes, adding that complaints in that regard had been high in his emirate.

He appealed to officials of the CBN to penetrate the underserved communities in the local government to ensure that everyone was carried along.

The News Agency of Nigeria (NAN) reports that a currency swap centre was sited at the Mai Kaltungo’s palace for residents to exchange their old notes for the newly redesigned ones. (NAN)