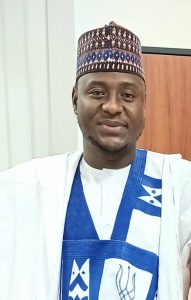 ASPIRANTS Forum of the All Progressives Congress (APC) in Kaduna State has described the party’s reconciliatory drive as best strategy to winning the 2023 general elections.

Membership of the Forum is drawn from those who contested party’s primary elections, but were defeated.

Chairman of the Forum, Mr Ishaq Saleh, told the News Agency of Nigeria (NAN) in Kaduna on Tuesday that members embraced the reconciliatory drive to ensure APC’s victory at all levels in 2023.

He noted that the forum identified with the party’s efforts at creating bonding, especially among aggrieved members who lost out at the primary elections.

He added that the party’s chances of emerging victorious at the 2023 polls would be enhanced by the resolution of members to be united.

“To this end, our recent meeting with Sen. Uba Sani, the gubernatorial candidate of APC in Kaduna State was fruitful.

“It was a step forward toward ensuring stability and curbing recent hiccups experienced in the party, especially during and after the primary elections.

“After the primary elections, we shared experiences of what we went through and came up with strategies to guarantee APC’s victory at all levels,’’ Saleh said.

He urged the party’s gubernatorial candidate to create a platform that would integrate all members to further enhance harmony between those who lost at the primary elections and the flag bearers.

Saleh also told NAN that the APC in Kaduna State was not bothered about the defection of some members to opposition parties.

“It is obvious in politics that you can’t do away with issues of defection as it is normal, especially around electioneering period.

“We in the APC are not bothered about defection because just as some people are leaving the party, new members are trooping into it,’’ Saleh told NAN. (NAN)