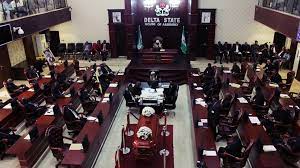 THE Delta House of Assembly on Tuesday passed the Transportation Data Management Bill, 2022.

The passage of the bill during plenary of the Assembly in Asaba presided over by the Deputy Speaker, Mr Christopher Ochor was sequel to a report presented by the Chairman, joint committee on Transport and Rules, Business, Legal and Judicial matters, Mr Festus Okoh.

Presenting the committee’s report, Okoh said that the executive bill sought to provide for the collection and processing of data of persons commuting in public/commercial transport within, into and out of State.

According to him, the passage of this bill will also help in the planning and management of transportation in the State using the National Transport Management System (NTMS) protocol.

The Majority Leader of the Assembly, Chief Ferguson Onwo moved a motion  for the suspension of Order 12, rules 82 and 83 of the House, as well as took the third reading of the bill and its passage.

The motion was unanimously adopted by the Assembly when put to a voice vote by the deputy speaker,  seconded by the member representing Uvwie State Constituency, Mr Solomon Ighrakpata.

The deputy speaker commended the lawmakers for the successful passage of the bill.

He said, “the aim of this bill is to capture the data of inter and intra commuters in our dear state, especially inter commuters within the jurisdiction of the state and local governments.

“The bill will help provide the state with information on commuters and the information generated would help in planning transportation infrastructures in the state and local government areas.”

He added that the bill would also help to enhance the planning of security network in the state.