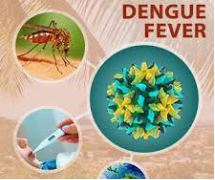 PAKISTAN continues to face a growing momentum in the spread of dengue fever as death toll from the disease in the country’s southern Sindh province in September has reached 30.

The provincial health department reported a total of 402 new cases of dengue fever were detected in Sindh in the last 24 hours.

It said the worst-hit area was Karachi, the provincial capital, which reported 297 new cases.

The number of dengue infections in Sindh in September has risen to 4,319, bringing the local total to 6,888 this year.

However, in the last 24 hours, 363 more people were diagnosed with the disease in the northwestern Khyber Pakhtunkhwa province.

The number of active cases in the province stands currently at 1,710 and the total number of patients this year has reached 5,869.

Meanwhile, new cases were reported also in the eastern Punjab province with 196, 67 in Punjab’s Rawalpindi city, Lahore with 63 cases and the country’s capital Islamabad had 77 cases bringing the city’s tally this year to 1,734

The Pakistani government had inaugurated an anti-dengue campaign including raising public awareness in response to the alarmingly high level of cases.

The government had also taken special measures at the dengue hotspots in order to curb the spread of the disease. (Xinhua/NAN)