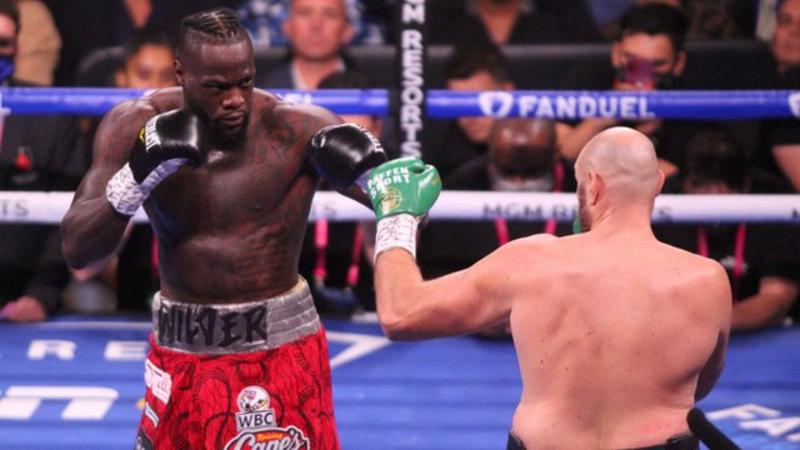 FORMER WBC heavyweight champion Deontay Wilder will return to the ring later this year for the first time since the conclusion of his trilogy fight with Tyson Fury.

The American will face Finland’s Robert Helenius at Brooklyn’s Barclays Center on 15 October.

“It’s been a long journey for me and as of today it continues,” said Wilder.

Wilder, 36, was stopped in the 11th round by Fury last October as the Briton retained the WBC title.

He was honoured with a statue in his hometown of Tuscaloosa, Alabama earlier this year and said that played a part in his decision to accept the bout with Helenius, who has won 31 of his 34 fights.

“I thought so many times about whether I should stay out of the business or come back,” added Wilder.

“Once I got my statue in my hometown and saw so many people arrive and celebrate with me [it] made me feel like my job is not done.”