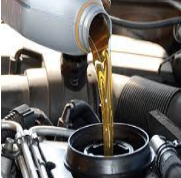 THE high cost of diesel or Automotive Gas Oil, AGO, may have stirred up another big challenge for the downstream sector of the Nigerian oil industry. While the price of the product has risen by about 100 percent in the last two months, Nigerians are concerned about the effects on the country’s troubled economy.

Since the product has been deregulated, the many Nigerians may not have paid much attention to the steady rise in the price of diesel.

Perhaps, the recent scarcity of petrol may have further overshadowed the rise in price of this commodity, used largely by heavy duty vehicles and the industries across the country.

According to statistics released by the National Bureau of Statistics, NBS, the pace of its increase is a call for concern. For instance, in a space of seven days, the price was said to have jumped from N540 per litre to N630 per litre.

Although the free fall of the naira has been blamed for this, as it has affected the cost of importing the product, the unprecedented rise in the global cost of crude oil in recent times remains a strong factor, which has now been further buoyed by the Russia-Ukraine war.

Meanwhile, the Manufacturers Association of Nigeria, MAN, has warned that the situation will lead to a surge in the prices of goods and services.

“The rise in the price of diesel means higher production cost for manufacturers because most of us rely on diesel to produce. So when the cost of production is high, then manufactured products will be sold at a higher price, this is to enable the manufacturer to make profit after-sale and stay afloat. So basically it will increase the inflation in the country, which is already high, further compounding the problems and plight of Nigerians,” a source in the association said.

“If crude oil prices continue to rise, diesel prices will also go up. This is coupled with the depreciation of the naira. Naira is around 570-575 to the dollar at the parallel market,” he said.

In the power sector, the same high cost of diesel has been compounded by the epileptic power supply and sometimes power blackout, which has increased the demand for the product as industries, businesses and households would need to power their generators.

Ayo Olukanni, Director-General, Nigeria Association of Chambers of Commerce, Industry, Mines and Agriculture, said recently that the private sector had already raised alarm on the increasing difficulties in obtaining the required foreign exchange for raw materials for industry, adding that the high cost of obtaining forex was reflected in the high cost of goods, and inflationary trend.

“Perhaps most embarrassing is the energy crisis, with our low generation and distribution problems; we can only boast of combined installed generation capacity for of about 12,000mw, distribution of just 4000mw and abysmal 114kwh per capita for a population of over 200 million and running our industries on generators,” he said.

In the aviation sector, the high cost of aviation fuel has resulted in about 100% increase in airfares by the Airline Operators Association of Nigeria, AOAN, threatening that the cheapest airfare might rise to about N120,000 if urgent actions are not taken to reduce the price of aviation fuel.

Allen Onyema, CEO of Air Peace, has called on the federal government to grant airline operators permission to import the product to halt the hike in the price of aviation fuel.

Onyema at the parliamentary briefing on Monday, March 14, that if the airline companies could buy planes worth millions of dollars, they would have no trouble importing aviation fuel, saying that the cheapest flight ticket costs N70, 000, but warned there would be further increases if efforts were not made to address the fuel crisis.

Onyema had said at the briefing that airline operators agreed to down tools until the fuel price returned to normal rate.

“We have only three more days, all airlines in Nigeria will shut down, we are not threatening this country, it is a fact,” he said.

However, International experts, Irina Slav of oilprice.com, have blamed the development on the fact that diesel stock in Europe is presently at their lowest since 2008. Nigeria imports diesel mainly from Europe.

“In early February, the supply tightness in crude oil, gas, and coal across Europe was beginning to spread to oil products, most notably middle distillates, the most popular among which is diesel fuel,” she explained.

According to her, further rise in diesel prices is expected as production still has to catch up with demand and that diesel, whose biggest market is freight transport, got hit severely during the pandemic lockdowns as transport rates declined. “After the end of the lockdowns, however, as economies began to recover from the worst of the pandemic, transport picked up, and diesel fuel demand jumped,” Slav said.

On top of all this, Russia is a major supplier of diesel, meaning Western sanctions for its invasion of Ukraine are affecting these supplies too. With the market increasingly tight, Shell and BP have shied away from offering any diesel fuel cargos on the German market for two weeks, Reuters reported last week, for fear of shortages.