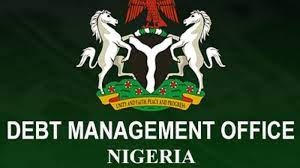 Vanguard findings show that DMO has steadily raised interest rates on Nigeria Treasury Bills, NTBs, auctions in a bid to accommodate the quest for higher interest rates triggered by the new policy stance of the apex bank.

The DMO sold N150.62 billion worth of NTBs two days ago, and findings from the result of the sales show that DMO raised the stop rate (maximum interest rate) on the 91-days and 182-days bills to 2.8 per cent and 4.1 per cent, respectively. The stop rate for the 364-days bills was, however, left at 7.0 per cent.

Meanwhile, and in apparent response to the rise in interest rate, the NTB auction held on Wednesday recorded  improved  patronage as the amount of bills demanded by investors exceeded the amount  offered by DMO by N56 billion or 21 per cent. This represents a 19.5 percentage increase when compared with the N2.2 billion or 1.5 per cent oversubscription recorded at the previous auction held on July 27.