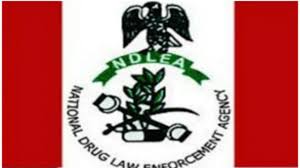 The agency also stated on Saturday in Minna that it destroyed 21 tonnes of narcotic drugs and psychotropic substances in the state in 2022.

Mr Haruna Kwetishe, the State Commander, NDLEA, announced this during an interview with the News Agency of Nigeria (NAN) in Minna.

“In our scorecard for the year 2022, NDLEA Niger Command made a total arrest of 137 suspects, among them are 135 males and two females.

“The command also destroyed 21 tonnes of psychotropic substances including 5,656.3 kilograms of cannabis sativa,” he said.

Kwetishe said that the command during the period under review, also seized 15.87 litres of codeine and other psychotropic substances.

“This has helped the command to remove these drugs from circulation, and by destroying them, it means that the illicit drugs can never go back to the society again,” he said.

He said that the command secured 80 convictions at the Federal High Court in Minna, where the convicts were sentenced to various jail terms.

The NDLEA boss said that the year under review was memorable to the command as it received two awards from the national headquarters of the agency as the best State headquarters in drug demand reduction.

He said that 275 drug abuse suspects were counseled, rehabilitated and reintegrated into the society.

He also said that nine clients of drug abuse brought in by their parents were successfully counseled and reunited with their families.

He said that for the year 2023, the agency had secured a court order to destroy five tonnes of hard drugs.

“At the appropriate time, we shall invite the press and the public for that purpose,” he said.

Kwetishe assured the public that the agency would rid the state of drug abuse and illicit trafficking.

He warned drug peddlers and barons to steer clear from the state,(NAN)