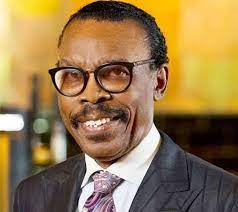 According to the National Bureau of Statistics, Nigeria’s economic growth rate in the third quarter of 2022 decreased by 1.78 per cent points from the 4.03 per cent growth rate recorded in the corresponding quarter in 2021.

It stated that the growth rate decreased by 1.29 per cent points relative to the 3.54 per cent rate recorded in the second quarter of 2022.

Speaking at the Nigerian-British Chamber of Commerce (NBCC) 2023 Macroeconomic Outlook on Thursday in Lagos, Rewane said Nigeria would not likely slide into recession in 2023.

“As projected, one third of global economy will plunge into recession, which is unlikely for the Nigerian economy, but an economic slowdown is unavoidable,’’ he said.

According to him, the expected slow growth rate will take its toll on businesses and investors in 2023, particularly with heightened outcomes of the forthcoming general elections.

He added that aside the slow growth rate, key developments for the country in 2023 include rising sovereign debt, elevated interest rates, persisting exchange rate premium and worsening fiscal deficit.

He said also that inflationary rate was expected to moderate; still above the 9-13 per cent threshold while Gross Domestic Product performance for 2023 would hover around 3.03 per cent in the first quarter.

Rewane told the forum that Nigeria’s economy in the global context was more vulnerable in 2023 due to its unique challenges between 2003 and now.

He listed some of the persisting structural challenges to include low-value agricultural export commodities, problems of export diversification and worsening terms of trade.

Others, he said, were high income inequality, low market competitiveness, price distortion, and weak economic and political institutions among others.

He argued that while global economic headwinds such as the on-going Russia-Ukraine war, resurgence of COVID-19 infections, supply chain distortions and others persisted, several sectors of the Nigerian economy held promise.

“For the exchange rate, more aggressive must be taken to keep the Naira stable in 2023 and a unitary/floating exchange rate system is likely to be adopted in the later part of the year.

In her opening remarks, NBCC’s president, Ms Bisi Adeyemi, said the event was in alignment with the chamber’s cardinal mandate and its commitment to continue to elevate value proposition to members and stakeholders.

Adeyemi said the annual event provides a comprehensive assessment of opportunities, challenges, and indeed, threats that businesses should expect to contend with in 2023, locally and globally.

“The forum also discusses policy approaches that could be used to improve economic growth and development.

“I certainly would like to know the effects of the forthcoming elections on the economic indices,’’ Adeyemi said. (NAN)