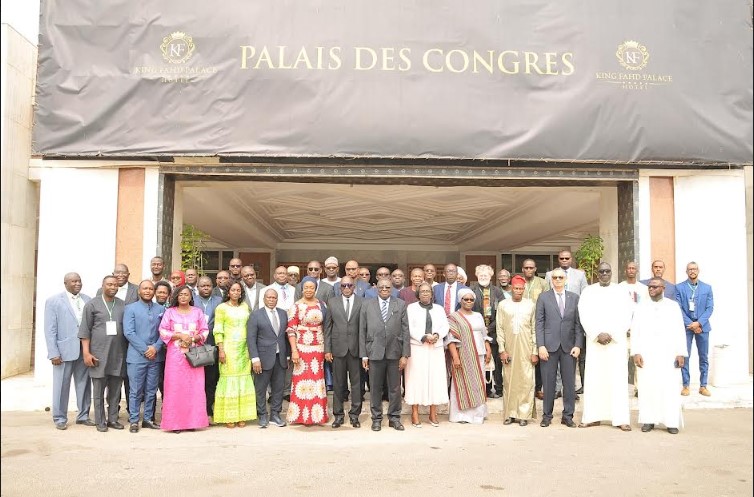 In his remarks, Sédiko Douka, Commissioner for Infrastructure, Energy and Digitalisation of the ECOWAS Commission, highlighted that the geo-extractive sector has created employment opportunities and fully contributed to the overall economic output in the Region. To this end, he emphasised the tremendous efforts that respective Governments continue to make towards enhancing the contribution of the Mining and Hydrocarbons Sectors in the socio-economic development of our countries and the Region in general.

Aissatou Sophie Gladima, Minister of Petroleum and Energy of the Republic of Senegal, welcomed the Ministers to the land of Teranga. She highlighted that Africa’s voice on the use of natural gas is being heard, particularly during the 27th Conference of the Parties on Climate Change, held in Egypt (COP27). She also appealed to ECOWAS to give more support to young people and women who suffer more from energy insecurity in our region.

In his Opening Statement, S. E. Monsieur Amadou Ba, Prime Minister of the Republic of Senegal, which was read by Oumar Sarr, Minister of Mining and Geology, welcomed the Ministers and praised their daily efforts for a harmonious geo-extractive sector in West Africa.

He also highlighted the huge potentials of the geo-extractive sector in the Region, which he said are considered as growth drivers for West Africa. The Prime Minister expressed his gratitude to the technical and financial partners, as well as to the private sector, for their contribution and active support to these highly capital-intensive sectors.

Strategic Minerals Feedstocks and Inputs Development Strategy and recommended them for final adoption by the ECOWAS decision making bodies.

Regarding the Status of Implementation of ECOWAS Directive C/DIR.1/9/2020 on harmonised automotive fuels specifications (gasoline & diesel) in ECOWAS Region, the Ministers decided to take the necessary measures as quick as possible to transpose the Directive into their national legislation, considering the benefits of its implementation  particularly, the promotion of an integrated hydrocarbon market, the increase in an intra-regional trade in petroleum products, reduction in air pollution, and protection of public health.

They also decided to engage in the identification of appropriate solutions to remedy the current difficulties encountered in the implementation of the Directive in collaboration with ECOWAS Commission.

The Ministers further approved the merger of the West Africa Gas Pipeline Extension Project, WAGPEP, and the Nigeria-Morocco Gas Pipeline Project, NMGP, into a “Unique project” as well the new route proposed, considering that the merging will make it possible to federate efforts for the more diligent development of this infrastructure and recommended that a community act be adopted by the Authority of Head of States and Government on this new development.

The meeting was attended by Ministers in Charge of Mining and Hydrocarbons from ECOWAS Member States. The Ministers were accompanied by their respective National Experts. Also in attendance were officials from the African Natural Resources Management & Investment Centre, ANRMIC, of the African Development Bank, AfDB.