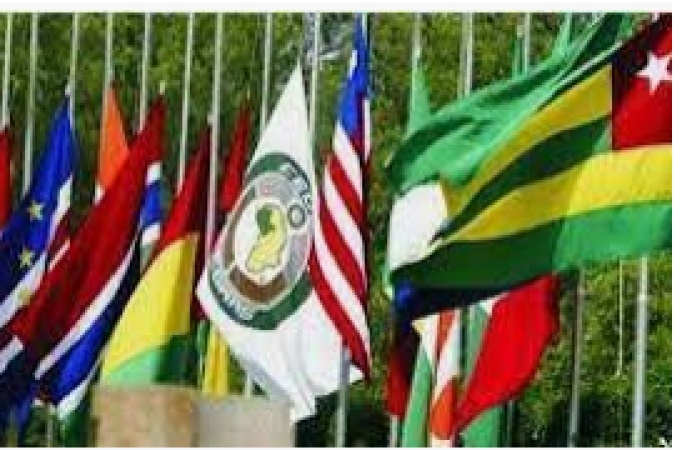 DR Sidie Tunis, Speaker of the ECOWAS Parliament have called for more political commitment towards the adoption of the ECOWAS common currency, blaming inflation in the region on the use of U.S. dollars in trade.

Tunis made this known in an interview with newsmen at the Parliament’s 2023 First High-level Seminar in Bissau, Guinea Bissau, with the theme “ECOWAS Common Currency and the Interbank Payment System as Promoters of Regional Trade”.

”We should be able to trade easily with our currency but that is not happening,  trading with USD is naturally increasing prices on our commodities.

It is very important for countries of the region to trade easily using its own single currency, which he says would guarantee a more stable economies of Member States

“Now with the progress in place, I believe every member would want it to be successful, that is the reason why we are all here.

“The most important thing is that there is commitment from the leaders, the authorities of head of states on single Currency,” Tunis said.

Tunis said that beyond the political commitments to the currency project, the next big issue was how to transition to the next phase of currency adoption and introduction in the region.

He said that at this point, ECOWAS countries should be thinking of how to move from where they are rto the next level.

“How do we also overcome the influence of the people outside the sub-region?

“The good thing is that the Authority of the heads of States are very committed, they have a determination to move it forward, so it is only good for us to be realistic and that is the only way we can come together to agree on the year 2027.

“That is why we bring the 15 countries from West Africa here and experts from Africa monitoring agencies,” he said.

Speaking on the benefits of the ECOWAS common currency, Tunis said that its introduction will drive down inflation.

“The benefits are enormous. Today we are grumbling about prices on commodities everywhere, principally because of the currency,  we are all trading with the USD, we are not trading  amongst ourselves.” (NAN)