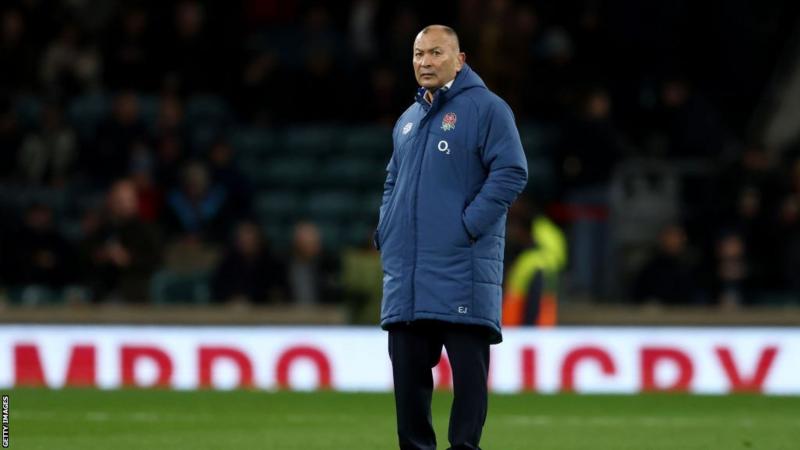 England were the third national team Eddie Jones led, after spells with Australia and Japan

FOR England fans watching the 2019 Rugby World Cup from the sofa, the picture would sometimes cut from Eddie Jones glowering in the stands to a commercial break, and a wide shot of a food market in Sapporo.

Jones would be there, too – eating the meat from a giant crab leg and aiming a cheery thumbs-up to the camera to promote Japan’s tourist board.

A year earlier, the Rugby Football Union (RFU) had to apologise after Jones insulted the Welsh and Irish at a speaking gig for a Japanese truck-maker.

The Australian would also spend his holidays from England duty coaching rival players as part of a long-standing, but awkward-looking, arrangement with a Tokyo club side.

His latest freelance project was a book. Entitled Leadership, its target audience was not confined to rugby circles – but there were some juicy insights thrown in.

Mako Vunipola and George Ford discovered Jones regretted picking them for the World Cup final – the biggest match of their lives. Maro Itoje denied the book’s claim he was having acting classes to improve his communication.

Buried in it was a prediction about how Jones and England would eventually part ways.

“It’s a sign of honour and wisdom to know when your race is run,” wrote Jones. “You’ve reached the end point and it is the moment for someone else with fresh energy and resolve to drive your organisation to a new destination.

In the end, it was only one. The book was published on 25 November 2021. On 26 November 2022, Jones’ side were booed off by the fans still remaining in a fast-emptying Twickenham.

Ten days later, the RFU, rather than Jones, decided he had run out of road.

Defeat by South Africa was England’s sixth Test loss of the year. Statistically it is their worst since a chaotic 2008, when three different men took the reins.

The underlying trends in terms of tries scored, metres made, line breaks and defenders beaten are all down. But you don’t need stats to see the void where a functioning game-plan and belief should be.

Jones’ case to continue to the end of this contract and the conclusion of England’s World Cup campaign would have been simple.

Every time he has gone to a World Cup, his sides have punched above their weight.

Australia beat favourites New Zealand before pushing England to the limit in the 2003 final. He was on the staff of the South Africa side that won the 2007 tournament. His Japan team busted the Boks in Brighton in 2015.

The run-up to the 2019 tournament wasn’t smooth. England finished fifth in the 2018 Six Nations. A losing run stretched to six successive games in South Africa that summer. There were calls for him to be sacked. He stayed, though, and at the start of 2019 his masterplan materialised.

In Dublin, in their opening match of the year, England swept past Grand Slam champions and All Blacks conquerors Ireland. It was a display of immense power and minute precision.

Less than nine months later, New Zealand were put on the back foot by a similar blitz in the World Cup semi-final in Yokohama and never recovered.

Those games were the twin peaks of Jones’ time with England, along with an astonishing starting streak that took in a Grand Slam, two Six Nations titles and a 3-0 whitewashing of Australia.

The past three years, though, have been fumbled, since being overpowered by South Africa in the 2019 World Cup final.

They began with Jones challenging his team to become “the greatest the game of rugby has ever seen”.

That aim was downscaled fast. This England never got to be measured against legends of the past, and the future Jones envisaged never emerged.

He said his team was being upskilled into a modern, adaptable, agile outfit that could outfox any opponent by France 2023.

The theory sounded good. The reality did not look it.

As Jones searched for a solution, the coaching picture around him shifted like a kaleidoscope.

And, over this autumn, patience in the process ran out.

The grumbles from Twickenham’s stands grew too loud for the RFU, which earns nearly 85% of its revenue from the stadium, to ignore.

Jones shed tears when he was sacked by Australia in 2005. This time, his regrets may be fewer.

His final chance to win a World Cup as a head coach may have gone. But, after seven years, his exit expands his horizons beyond Bagshot, where he lives and works – clocking into the England training centre for 17 hours a day during the season.

He has been linked with the United States job and Paris-based club Racing 92.

For now though, having warned his players of the dangers of commercial distractions, Jones’ diary suddenly has a whole lot more time for them.