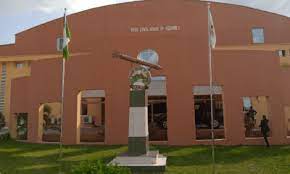 PROMINENT civil rights advocacy group, Human Rights Writers Association of Nigeria (HURIWA), on Friday, faulted the removal of Gboyega Aribisogan as the Speaker of Ekiti State House of Assembly and his replacement by Olubunmi Adelugba.

HURIWA’s National Coordinator, Comrade Emmanuel Onwubiko, in a statement, said political rascality endangers democracy and political gladiators in Ekiti should not be allowed to have their selfish and autocratic ways. Hence, it advised Aribisogan to pursue legal steps to get his mandate restored lawfully just as the Rights group urgedthe Courts not to waste time in determining the matter should it be filed soon.

HURIWA further slammed the Ekiti State House of Assembly for insisting that the impeachment of Aribisogan was legal when it was clear that it is illegal as Aribisogan was not allowed to be in office for one day to commit any infraction as he was accused by the cabal in the Assembly.

Since the death of the former Speaker, Funminiyi Afuye on the 19th day of October, 2022, the Ekiti Assembly has been tossed in crisis with the election of Aribisogan on the 15th day of November, 2022. The police in the state sealed off the complex the next day without Aribisogan’s consent or approval.

In a television interview on 20th November, 2022, Aribisogan alerted the whole world that there were plans to either impeach him as the Speaker and mentioned the former Governor Kayode Fayemi as the architect behind the troubles in the Assembly.

To the shock of the whole world, some lawmakers staged a kangaroo session on November 21, 2022 and announced an illegal removal of Aribisogan and replaced him with Adelugba.

HURIWA’s Onwubiko said, “The political rascality going on in the Ekiti State House of Assembly is totally condemnable and illegal. It should not be allowed to slide hence politicians will remove constitutionally installed Speakers at will because of personal vendetta and political witch-hunt.

“By their actions, members of the cabal in the Assembly have shown a penchant for political rascality, brazenness and recklessness that endanger democracy.

“Section 92 of the Constitution of the Federal Republic of Nigeria, 1999 (as amended), is clear that once elected by the members of the House, as in the case of Aribisogan, the Speaker shall continue to be in office all through that particular House except removed from office by a resolution of the House of Assembly by the votes of not less than 2/3 majority of the Assembly.

“The cabal claimed that Aribisogan committed infractions but how does a Speaker whose Assembly Complex was shut a day after he was inaugurated commit an infraction? When did he commit it? And was he given the opportunity to defend himself in line with the principle of fair hearing?

“HURIWA condemns this impeachment and backs the position of the prominent Ekiti senior lawyers because the constitutional steps that must necessarily be followed wasn’t followed.  We admonish the genuinely elected speaker now purportedly ‘impeached’ to head to court immediately and take back his mandate.”