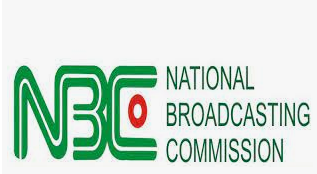 The Nigeria Union of Journalists (NUJ), has urged members of the union to adhere strictly to the National Broadcasting Commission’s (NBC) code of conduct in the coverage of the forthcoming general elections.

Hajiya Asma’u Halilu, Chairman, Kaduna State Council of the union, gave the advice while delivering a goodwill message at the Interfaith Mediation Centre in Kaduna on Tuesday

Halilu also enjoined members of the union to be guided by the broadcasting codes and all legal provisions guiding broadcasting internationally.

Highlighting the NBC codes for the 2023 elections, she stressed that journalists must provide a level playing ground to all political players, registered political parties and candidates.

She added that the NBC’s code had provided that broadcasters must not deny airtime access to any group or political party, but ensure equity in airtime allocation and coverage of political parties’ activities, particularly during prime times.

She also noted that making money through political adverts and campaigns must be done within the ambit of law.

The union leader stressed that broadcaters must handle live political rallies with care and due professionalism, in addition to studio-based live political interviews/Broadcast.

“Anchors in the spirit of fairness should manage their political guests well and do not allow them to malign others, especially those not present on the programme,” she quoted the NBC code.

Halilu further called on political actors in the state to shun politics of bitterness, violence, thuggery and embrace issue- based campaigns throughout the electioneering period.

She appealed to security agencies to carry out their duties diligently before, during and after the elections in the interest of the state and the nation at large.

She gave assurance of the union’s readiness to cover the elections, adding  that the it was doing its best to eradicate dangers of ethnic, political and religious motivated reportage and dissemination of information.

“Doing so, we hope to face the elections in ways and manners that could surpress violent conflict in the society,” she said.(NAN)