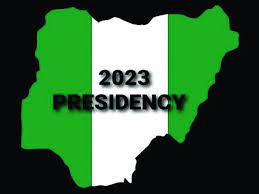 THERE have been six major political campaigns and elections in Nigeria since 1999 when the new democratic arrangement started and for which the 1999 constitution has served as the basis for determining the electoral combinations.

The past 24 years may be a short time in the history of a nation, yet it provides some glimpses into how the political system has fared. Perhaps it can serve to elucidate certain pointers to future political campaigns, elections and winners of major political offices, especially for the presidential election of February 2023.

Despite several voting periods that take place at irregular intervals, the presidential election is uppermost in people’s estimation for voting. It is also the four-yearly cycle when most other elections are held – gubernatorial, the senate and house of representatives at the federal level, and the house of assembly at the state level.

In 1999, only two major candidates contested the presidential election. They were Olusegun Obasanjo of the Peoples Democratic Party (PDP) and Olu Falae of the Alliance for Democracy (AD). With Obasanjo polling 18.7 million and Falae having 11.1 million of 30.2 million total votes cast, the trend for the presidential elections to date appeared to have been set, whether by design or simply by happenstance.

Since the 1999 election, only two to three political parties have had prominence in presidential elections. Although many registered political parties presented candidates for the presidential election, the votes have favoured a very limited number of parties. Many parties share a measly number of votes, as will be shown in the following explanation.

In the 2003 presidential election, coming four years after 1999, three major parties shared an overwhelmingly large number of votes although a total of nine parties were registered for the election. The topmost winners were PDP, All Nigeria People’s Party (ANPP) and All Progressives Grand Alliance (APGA). PDP’s Olusegun Obasanjo polled 24.4 million, ANPP’s Muhammadu Buhari had 12.7 million and APGA’s Chukwuemeka Odumegwu-Ojukwu got 1.2 million votes. The six remaining political parties divided among themselves the left-over four million votes, making a total of some 42 million votes cast.

The number of political parties contesting the presidential election in 2007 increased significantly to 25. However, similar to the outcome four years of the immediate past election, only three parties took almost all the votes cast in the election. PDP’s Umaru Musa Yar’dua got 24.6 million, ANPP’s Muhammadu Buhari had 6.6 million and Action Congress candidate Atiku Abubakar received 2.6 million. The next party came a distant fourth with 608,803 votes of the total number of 61.5 million votes cast.

Four years later in 2011, there were 20 political parties registered for the presidential election, a reduction from the previous 25 parties of 2007. The outcome was not different though as only three parties featured prominently in the final results. PDP’s Goodluck Jonathan had 22.5 million, Congress for Progressive Change’s candidate Muhammadu Buhari took 12.2 million of the votes and Action Congress of Nigeria’s Nuhu Ribadu had two million of the 39.4 million total votes cast. ANPP’s Ibrahim Shekarau came fourth with less than a million votes.

In 2015, the number of political parties decreased to 14 and two parties dominated the results of the voting in the presidential election. After three losses in the previous election, Muhammadu Buhari of APC won with 15.4 million votes and PDP’s Goodluck Jonathan came second with 12.8 million. The third position was taken by African Peoples Alliance’s candidate Adebayo Ayeni who had 53,537 votes that were not significant. The total number of votes cast was 33.4 million.

Although the presidential election of 2019 witnessed an increase in the number of political parties to 39, the largest ever, the results again showed two political parties with an enormous number of votes. Similar in many ways to the outcome in 2015, APC’s Buhari led with 15.2 million and PDP’s Atiku Abubakar got 11.2 million. The third contestant Felix Nicolas of the Peoples Coalition Party only had 110,196 votes. The 36 other parties had nothing important to show for the 28.6 million total number of votes cast.

There are 18 political parties registered by the Independent National Electoral Commission (INEC) for the election which reflects a sharp drop compared to 2019 when 39 parties contested the presidential election. According to INEC, the number of registered voters has increased from about 84 million in 2019 to about 93.4 million in 2023, marking a considerable rise.

There are 52.8 million males to 47.1 million females registered, a ratio that is similar to the situation in 2019. The registered youths stood at 51.1 per cent in 2019 for ages 18 to 35. The new figures released by INEC indicated a change in the age brackets. The data shows age 18 to 34 at 39.6 per cent of registered voters and the age group 35 to 49 has 35.7 per cent registration. If the two age brackets are combined as 18 to 49 they will form over 75 per cent of registered voters, almost reflecting the actual demographic dominance of young people in Nigeria’s population. This article does not delve into how demographic delineations have affected voting patterns in past elections.

In the past six presidential elections, despite a large number of registered political parties by INEC, two political parties dominated in 1999, 2015 and 2019 whilst three parties had the most prominence in 2003, 2007 and 2011.

There is no major alteration in the profiles of the foremost candidates for presidential elections of 2023. The leading contenders are traditional politicians who have shared several similar political platforms or belonged to the same political groups. The major political parties and their campaign promises or agenda do not differ substantially from previous ones. The ongoing campaigns by political parties for the 2023 election so far reflect a pattern similar to the past six presidential elections since 1999.

Also, the ratio of registered voters by gender and age appears similar to the past situation. Although more people are poised to vote given the increase of some 10 million in the number of registered voters in 2023 compared to 2019, the level of interest of voters to cast their ballots on election day and their accessibility to the actual voting points are unknown factors yet.

The situation is such that the play and cast has not changed. But is the audience the same too? As we look ahead, the conclusion seems obvious that the trend in election results will continue and that two to three parties will dominate election outcomes in 2023. Two and at most three political parties will have large absolute figures in votes. The constitutional provision on how parties’ votes are spread across states and other criteria on national representation in 2023 will require further analysis.

Bunmi Makinwa is the CEO of AUNIQUEI Communication for Leadership