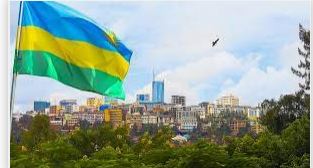 A conflict expert, Rev. Fr. Stephen Akpe, has advised Nigerians to embrace the reconciliation pettern of Rwanda  to peaceful coexistence in communities

Akpe gave the advice at an event organised by the Justice Development and Peace Commission (JDPC) to commemorate the 2022 International Peace Day on Thursday in Jos.

The event was held at Rahol-Kanang community of Jos South Local Government Area of the state.

The expert, who is also the Programme Manager, Peace Building and Conflict Transformation of JDPC, said that collective efforts would go a long way to end violent conflicts in communities.

He suggested as part of the peace efforts, goverment should ban a rhetoric and expressions, including in religious grounds that stimulate violent conflicts in the society.

“The crisis between the Hutu and Tutsi in Rwanda claimed million of lives, but they have agreed to leave together as Rwandans, while respecting their differences.

“I want to appeal to the people of Plateau and Nigerians to emulate the people of Rwanda, who fought a deadly war, but have embraced each other and are co-existing peacefully,” he said.

Speaking on the theme of the year, ”End Racism, Build Peace”, Akpe said that racism had spilled over into ethnic differences, identity disputes and animosities which promote conflicts in communities.

He maintained that “diversity is part of ingredient and flavour that enriches life, hence advised the people to put their differences aside and collaborate toward a more virile society”.

Earlier, Bandicta Daber, the Coordinator of JDPC, said that the event was organised in collaboration with Scripture Union West Africa (SUWA) and funded by Tearfund.

Represented by Rev. Fr. Polycarp Gana, she explained that the meeting was organised to further sensitise stakeholders in communities to consolidate on the relative peace being currently enjoyed in Plateau.

She explained that her organisation had been working toward ending violent conflicts in the community for years, and urged participants at the event to preach peace at all times.

Lengmang, represented by Mrs Mary Nimfa, called on residents to shun ethnicity and nepotism and embrace tolerance and forgiveness for a better and peaceful society.

The News Agency of Nigeria (NAN) reports that the event had community and religious leaders, youth and women groups in attendance.