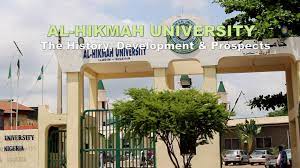 The News Agency of Nigeria (NAN) reports that Akanbi died on Nov. 20 after an illness.

Abubakre recalled that the kindness of the late Vice Chancellor as Director of the University of University of Ilorin’s remedial programme, and as the Dean, Faculty of Law and ultimately as Vice-Chancellor Kwara State University, was immeasurable.

In a statement made available to NAN on Wednesday, Osun born Abubakre added that late Mustapha had left his mark on the sands of time just like his father, the first chairman of ICPC, late Justice Mustapha Akanbi.

“The late Vice-Chancellor, Professor M.M. Akanbi was a replica of his dad in stature, erudition in learning, veracity and candour.

“The late Hon. Justice Mustapha Akanbi, was the President of the Board of Trustees of Al-Hikmah University, Ilorin, who appointed me as Vice-Chancellor.

“May Allah join him to his noble parents and shower his limitless blessings on them,” Abubakre wrote in the statement. (NAN)