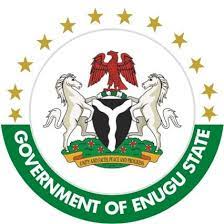 THE Enugu State Government says it is set for a massive yellow fever vaccination as a proactive measure to ensure residents of the state are protected from the reemerging disease.

Ugwu said that vaccination would be done before the end of September, as the state was not relenting in its health responsibility even as neighbouring states had recorded some sporadic fresh outbreaks.

The Nigeria Centre for Disease Control (NCDC) via its official website on Sept. 4, had announced 14 deaths in 10 states from suspected cases of yellow fever between January and July.

Ugwu said that before now, the state through the ENS-PHCDA, had put its ward and council area disease surveillance officers on alert as well as re-sensitised them to symptoms to watch out for in any suspected case.

He said that with a clear cut experience on how contagious and dreaded the spread of the disease can be, the agency had done national and state level training for vaccination workers in preparation for the vaccination.

The executive secretary said that the agency would conduct the training for council and ward vaccination workers before administering the exercise in nine council areas for a start.

According to him, about a year and half ago, there was an outbreak of yellow fever in some council areas in the state and government responded quickly and by God’s grace, it was totally kicked out. It didn’t resurge again.

“Rising from that, we have been planning to make sure that it does not rear its ugly head or re-emerge in the state again.

“It was also anticipated that an outbreak is going to happen in the country and without waiting for the sporadic outbreaks to be announced, we have already planned that this month, there is going to be an outbreak response.

“So, we are hoping that it is going to go through all residents of the state by  carrying it out in the 17 council areas of the state.

“But we are starting with the first nine states, which were carefully selected and mapped out by the agency, the National Primary Health Care Development Agency (NPHCDA) and other health partners.

“However, we are still persuading the NPHCDA and other partners to see that we also involve the remaining eight local governments in quick succession, to make it statewide and all encompassing.

“This is our grand proactive design to ensure it does not resurge again in the state,” he said.

Ugwu said that the vaccination would be done with that of measles vaccination simultaneously in the state.

He thanked Gov. Ifeanyi Ugwuanyi for his support for the vaccination and the agency as well as NPHCDA, World Health Organisation (WHO), UNICEF, others for their “great partnership” for the exercise.

The WHO said that yellow fever was an acute viral haemorrhagic disease transmitted by infected mosquitoes. The “yellow” in the name refers to jaundice that affects some patients.

A small proportion of patients who contract the disease develop severe symptoms and approximately half of those die within seven to 10 days. (NAN)