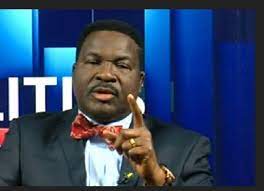 IT was Immanuel Kant that said in law a man is guilty when he violates the rights of others. In ethics he is guilty if he only thinks of doing so. On this note, we shall continue our discourse on the above issue.

Ethics, in a nutshell is, knowing the difference between what you have a right to do and what is right to do. It is a set of moral rules or principles of behaviour for deciding what is right and what is wrong. It refers to moral principles that govern a person’s behaviour or the conducting of an activity.  A behaviour or set of behaviours are ethical when it aligns or they align with reasonable moral standards. Therefore, any human conduct or conducts that runs or run afoul of reasonability, proper practices, reasonable moral standards is unethical. Little wonder the Apex Court in Nigeria held in YUSUFU & ANOR V. OBASANJO & ORS that:

“Corrupt practices” denote or can be said to connote and embrace certain perfidious and debauched activities which are felonious in character being redolent in their depravity and want of ethics”.

According to the Chamber’s Twentieth century Dictionary, Ethics is the Science of morals that branch of philosophy which is concerned with human character and conduct. Ethics is, therefore, centered on the principles of behaviour conduct, action and utterances at both private and public levels.

As to what ethics ought to be, it is vividly captured in the words of A. A. Gwandu, when he noted the following:

“It is observed that if we act from grounds of the intrinsic goodness of an action, the necessity in this case is ethical; in other words, if we do anything not simply because we enjoy doing it, but rather because we believe it ought to be done, then our action is ethical. Ethics then concerns itself with the intrinsic quality of actions. In other words, it concerns itself solely with disposition, it deals with the topic of good and ‘bad’, ‘right and ‘wrong’”

Looking at ethics from geographical perspectives, it is defined as that aspect of a country’s Constitution, which teaches citizens how they ought to behave in their daily life.

Every political office – elective or appointive, profession whether legal, religious, faith-based, political,  economic, socio-cultural, educational, medical, engineering etc. has its set of moral standards expected of those who subscribe to it. This is why we have the Code of Conduct for Public Officers in Nigeria. Others are, legal practitioners’ Rule of Professional Conduct (RPC), medical practitioners’ Code of Medical Ethics (CME), Code of Engineering Ethics in Nigeria and so on. All these spell out standards of practices to regulate and ensure tranquility in the conduct of the affairs of those to whom they relate. More so, to ensure compliance from members, there also exist certain disciplinary bodies to instill compliance and punish deviants. We have, the Court of Law, the Code of Conduct Tribunal, the Legal Practitioners’ Disciplinary Committee, the Medical and Dental Practitioners Disciplinary Tribunal to mention, but a few.

SOME SCHOLASTIC APPROACH TO ETHICS

Socrates, an ancient Greek philosopher, one of the three greatest figures of the ancient period of Western philosophy, who lived in Athens in the 5th century BCE, born in 470BCE and died in 399 BCE, believed that “the unexamined life is not worth living.” One must seek knowledge and wisdom before private interests. In this manner, knowledge is sought as a means to ethical action. What one truly knows is the dictates of one’s conscience or soul: these ideas form the philosophy of the Socratic Paradox.

Aristotle first used the term ethics to name a field of study developed by his predecessors Socrates and Plato. In philosophy, ethics is the attempt to offer a rational response to the question of how humans should best live. According to Aristotle, ethics simply the study of character. It is built around the premise that people should achieve an excellent character (a virtuous character, “ethikēaretē” in Greek) as a pre-condition for attaining happiness or well-being (eudaimonia).

Aristotle emphasized the practical importance of developing excellence (virtue) of character (Greek ēthikēaretē), as the way to achieve what is finally more important, excellent conduct (Greek praxis). As Aristotle argues in Book II of the Nicomachean Ethics, the man who possesses character excellence will tend to do the right thing, at the right time, and in the right way. Bravery, and the correct regulation of one’s bodily appetites, are examples of character excellence or virtue. So acting bravely and acting temperately are examples of excellent activities. The highest aims are living well, and eudaimonia – a Greek word often translated as well-being, happiness or “human flourishing”. Like many ethicists, Aristotle regards excellent activity as pleasurable for the man of virtue. For example, Aristotle thinks that the man whose appetites are in the correct order actually takes pleasure in acting moderately.

Aristotle emphasized that virtue is practical, and that the purpose of ethics is to become good, not merely to know. Aristotle also claims that the right course of action depends upon the details of a particular situation, rather than being generated merely by applying a law. The type of wisdom which is required for this is called “prudence” or “practical wisdom” (Greek phronesis), as opposed to the wisdom of a theoretical philosopher (Greek sophia). But despite the importance of practical decision making, in the final analysis the original Aristotelian and Socratic answer to the question of how best to live, at least for the best types of human, was, if possible, to live the life of philosophy.

Ethics generally deals with such questions at all levels. Its subject consists of the fundamental issues of practical decision making, and its major concerns include the nature of ultimate value and the standards by which human actions can be judged right or wrong.

The terms ethics and morality are closely related. It is now common to refer to ethical judgments or to ethical principles where it once would have been more accurate to speak of moral judgments or moral principles. These applications are an extension of the meaning of ethics. In earlier usage, the term referred not to morality itself but to the field of study, or branch of inquiry, that has morality as its subject matter. In this sense, ethics is equivalent to moral philosophy.

Both morality and ethics loosely have to do with distinguishing the difference between “good and bad” or “right and wrong.” Many people think of morality as something that’s personal and normative, whereas ethics is the standards of “good and bad” distinguished by a certain community or social setting.

Generally, the terms ethics and morality are used interchangeably, although a few different communities (academic, legal, or religious, for example) will occasionally make a distinction. Both morality and ethics loosely have to do with distinguishing the difference between “good and bad” or “right and wrong.” Many people think of morality as something that’s personal and normative, whereas ethics is the standards of “good and bad” distinguished by a certain community or social setting. For example, your local community may think adultery is immoral, and you personally may agree with that. However, the distinction can be useful if your local community has no strong feelings about adultery, but you consider adultery immoral on a personal level. By these definitions of the terms, your morality would contradict the ethics of your community. In popular discourse, however, we’ll often use the terms moral and immoral when talking about issues like adultery regardless of whether it’s being discussed in a personal or in a community-based situation.

The Nigerian Supreme Court in the case of KATAGUM & ORS V. ROBERT defining the word discipline had this to say:

“….. remarking only that as the meanings given to the word “discipline” in the Shorter Oxford English Dictionary include “the order maintained and observed among persons under control or command; a system of rules for conduct” and “correction, chastisement.”

Discipline comes with a price, but most assuredly, the price of discipline is less that the agony of the pain of regrets. The Bible puts it succinctly thus:

“For the moment all discipline seems painful rather than pleasant, but later it yields the peaceful fruit of righteousness to those who have been trained by it”.

“No discipline seems pleasant at the time, but painful. Later on, however, it produces a harvest of righteousness and peace for those who have been trained by it”.

LAW has no definitive meaning as it cuts across the entire sphere of life, however it can be seen as that which is laid down, ordained or established. A rule or method according to which phenomenon or actions co-exist or follow each other. Law, in its generic sense, is a body of rules of action or conduct prescribed by controlling authority, and having binding legal force. UNITED STATES FIDELITY AND GURANTEE CO. V. GUENTHER 281 U.S. 34, 50, S.CT. 165, 74 L.ED. 683. That which must be obeyed and followed by citizens subject to sanctions or legal consequences. Law is a solemn expression of the will of the supreme power of the State. Calif. Civil Code & 22. Dwelling on what the law is will most indisputably assume another major theme.  (To be continued).

AND THIS CRACK YOUR RIBS

“I don’t understand why in banks, pens are always attached to strings. We trust them with our money and they can’t trust us with just one pen”.

THOUGHT FOR THE WEEK
To have a sense of education and ethics is important. (Soleil Moon Frye).