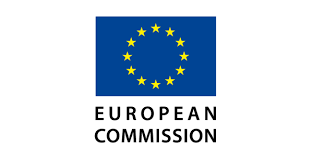 THE European Commission presented a proposal on Friday to further strengthen media freedom in the European Union (EU).

“Journalists were killed for doing their job on European soil, journalists are spied on, public service media are under political pressure,’’ Commission Vice President, Věra Jourová said on Friday at a press conference in Brussels.

“Mafia-style’’ killings of journalists, hostilities at protests against COVID-19 measures, and national laws limiting press freedom were among issues in the EU listed in the 2022 Press Freedom Index published by the association Reporters Without Borders.

However, Jourová has previously said it will be “a big fight’’ to get the proposal approved by EU capitals.

In Poland public media has been turned `into instruments of propaganda,’ while Hungarian Prime Minister Viktor Orbán “has built a media empire whose outlets follow his party’s orders’’.

He also said, “a climate of hostility toward journalists fostered by (former Slovenian) prime minister Janez Janša has led to physical assaults and online attacks’’ in the country, according to Reporters Without Borders.

EU countries and the European Parliament now get to scrutinise and amend the proposal. (dpa/NAN)