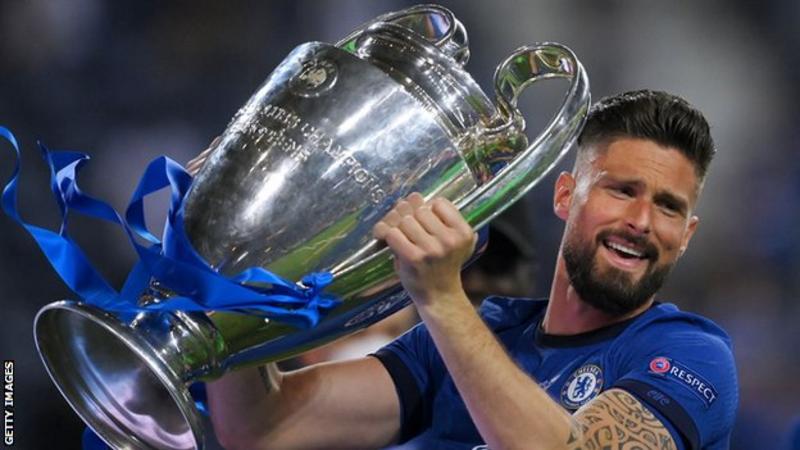 FORMER Chelsea striker Olivier Giroud has told his AC Milan team-mates how proud he is to return to Stamford Bridge with the Italian team.

Giroud, 36, helped Milan win Serie A last season and they take on the Blues in the Champions League on Wednesday.

Midfielder N’Golo Kante is back in training after a hamstring injury but is not expected to start the game.

Goalkeeper Edouard Mendy is also pushing to begin the Group E match after recovering from a knee injury.

Italy midfielder Jorginho and Germany forward Kai Havertz have trained, despite picking up knocks during the 2-1 win over Crystal Palace at the weekend.

Milan are top of the group with four points from two games while Chelsea, who lost to Dinamo Zagreb 1-0 and then sacked manager Thomas Tuchel the following day, are bottom with one point.

Giroud helped Chelsea win the Champions League, Europa League and FA Cup during a four-season spell with the club before moving to Italy in 2021.

“I hope to have a good welcome, because I spent a nice three and a half years here with trophies,” said Giroud. “I left the club in good terms, so let’s see. Hopefully.

“I know the boys, I played there with so many of them, but they changed the manager so I don’t really know how they are going to play.

“The pitch here is also wonderful, so I think it’s going to be a fantastic game.

“When we were walking around the pitch I told my team-mates I’m very proud to come here with the great Milan to play in the Champions League, to play in our colours and to defend our badge.”

Chelsea need a win after new boss Graham Potter oversaw a 1-1 home draw with Red Bull Salzburg in his first game in charge.

“Milan is an exciting challenge for us, an absolute top team,” said Potter. “We are looking forward to the game and we have to be really, really good to get the result we want.

“We have to play well, create a good atmosphere for the supporters to get behind it and we’re looking forward to it.”

Giroud will go head-to-head with another ex-Arsenal forward in Pierre-Emerick Aubameyang, but the Frenchman insisted there is no rivalry with the Gabon striker.

“I only care that my team wins,” added Giroud. “He’s a very good striker, I know him very well.

“Of course we both played for Arsenal but that’s the only similarity between us, because we are completely different players.

“But if we win, it’s not going to be a question of one player making the difference. We’ll win with our team spirit and the entire team behind us.”