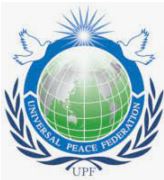 THE Universal Peace Federation (UPF) has called for moral uprightness among young people.

The call was made on Wednesday in Abuja during a 3-day workshop on character education for head teachers and teachers of pilot schools.

The News Agency of Nigeria (NAN) reports that the event was in Collaboration with the Federal ministry of Education and FCT Universal Basic Education Board (UBEC).

Amb. Paul Bohoh, the Chairman Peace and Conflict Committee, UPF FCT, said  the unbridled influence of the social media had a demoralising effect on the youths.

He attributed this to their undue exposure to the sensationalism, violence and bloodshed among others, through their day to day encounters.

“In the face of this demoralising effects , there is a need for a balance treatment in developing the intellectual mind and moral judgment of our young people.

“It is imperative for us to further equip our future generation with the ability to exercise critical thinking and informed moral judgment so that they can harness changes with time.

“To emerge as independently minded and responsible moral beings ready to contribute to the betterment of society and world at large.

“Peace and character education by common consent provide the answers to the challenges above mentioned,”he said.

Bohoh also added that education plays an important role essentially to the well-being of students, society, nation and the world.

“In Chinese tradition, while a man of talents topping the social ladder is awarded high status in society, a man of virtue, integrity, respect, responsibility among others gains greater honor.

“Conversely, a man with social status and without character will command little or no respect.

“This gives the notion that peace and character building is gaining universal appeal, we believe that the value for building good character promotes achievement in all areas of life.”Bohoh said.

“We are running a peace and character education program and we want to make it popular in schools and we are training teachers to carry this program to the school.

“These values we’ve spoken about are ours and we know them, but they have been neglected. So it’s our responsibility to bring back the lost value systems in order to have a healthy society.

“So we will keep going to schools, communities and religious organisations to bring awareness and ensure that this value systems are restored, ”Ogurie said.

“Many people are concerned about the social behaviors among our children today. in the moral development of our children, there are so many issues like violence, drug abuse, sexual abuse among others which we continue to find among our youths.

“Therefore, it is important for young people to learn good moral behaviors and characters. This will help our children become conscious and committed to doing the right thing because it will be beneficial to them and the society.”he said. (NAN)