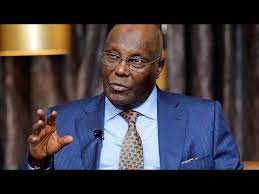 THE Federal Government has described the economic blueprint unveiled last week by the presidential flag-bear of the Peoples Democratic Party (PDP), Alhaji Atiku Abubakar, as a “crude attempt at copying all that the administration of President Muhammadu Buhari has done.”

Speaking at a news conference in Abuja, yesterday, the Minister of Information and Culture, Alhaji Lai Mohammed, said the blueprint is a poor version of the present government’s economic strides.

“Let me say, straight away, that the so-called blueprint is a crude attempt at copying all that the administration of President Buhari has done, especially in areas of job creation, infrastructure financing, relationship with the private sector, rejuvenation of the power sector, poverty reduction, debt management and overall management of the economy,” Mohammed asserted.

The Minister expressed shock that an opposition party that has on several occasions criticised its policies is currently adopting it for its campaign,

According to him, this administration has made giant strides and scored glaring pass mark through its economic blueprint, which has translated into the creation of over 302,000 jobs and over 8,000km of road across the country.

“This press conference, therefore, is aimed at exposing the hypocrisy inherent in an opposition that condemns an administration while also showcasing a blueprint that is nothing but a poor version of what is on ground.

“While Nigerian economy might be facing economic challenges, it was nevertheless wrong for Atiku to describe it as bleak. The country’s economic outlook is not bleak. Instead, the economy has been resilient, having recovered from two recessions in five years.

“Even our worst critics will agree that our record on infrastructure development is next to none in the history of this country. Across the country, we have constructed 8,352.94km of roads, rehabilitated 7,936.05km of roads, constructed 299 bridges, maintained 312 bridges and created 302,039 jobs in the process.

“We have also delivered houses in 34 states of the federation under the first phase of the National Housing Project. We were able to achieve these through a combination of budget increase and innovative infrastructure financing methods.

“Therefore, for anyone using this as a campaign stunt without acknowledging what we have done so far, is cheap and disingenuous,” he said.

RESPONDING, the PDP Presidential Campaign Organisation said it observed with utmost dismay the very poor attempt by the Minister of Information and Culture to catalogue perceived achievements of the current All Progressives Congress (APC) administration.

The opposition party said Mohammed “did the unbelievable by claiming that the policy documents and proposals espoused by Atiku, our presidential candidate, are the version of the economic blueprint of the APC.

“What the Minister reeled out as achievements is a compilation of the reasons why Nigerians have roundly rejected the ruling party. It’s nothing but a testimonial of failures. Conversely, what Atiku presented to the organised private sector in Lagos State, last week, represents hopes of a new beginning, which Nigerians eagerly anticipate.

“Trying to associate the Atiku policy plans with the failed policies of APC is the comical height of Minister Mohammed’s aversion for the truth,” the party added.

In the statement to journalists by the Atiku media office, it was pointed out that “this administration came to power without a single sheet of paper of what could be called a policy document. Nigerians are aware that in both 2015 and 2019, it took the APC six months and three months, respectively, to constitute a cabinet. Perhaps, the Minister might be interested in telling Nigerians if it is also part of the APC manifesto to foot drag in forming a government

“The first economic recession that the country experienced in 2016, which happens to be our worst economic decline in 30 years, happened primarily because the APC administration applied what can be called a catch-up strategy to the early signals of the recession.

“That is why till this day, Nigerians are more agreeable to the fact that the tenure of APC has been nothing but a sheer waste of time, all thanks to the catch-up economic strategy of the ruling party that has left the people more malnourished, sick and disillusioned.”

MEANWHILE, the Minister of State for Labour and Employment, Festus Keyamo, has mocked PDP over the crisis rocking the party. Keyamo said the party had lost control, but says everyday that it wants to rescue Nigeria.

Keyamo wondered how the PDP and its presidential candidate, Atiku, would rescue the country when they could not resolve the internal crisis rocking the party.

In his tweet, Keyamo said: “The PDP that’s in crises because of its inability to control its billowing umbrella gathers everyday and the first thing you hear them say is that they want to ‘rescue’ Nigeria; like a teenager whose legs cannot find the clutch of a car wanting to drive a trailer!”

WIKE, has, however, vowed to use his media chat today to expose ill characters in the PDP priding themselves as national leaders. He said after the chat, it would be left for Nigerians to decide if such people were still worthy of the ovation being accorded to them.

The governor, who spoke on Thursday during a meeting with stakeholders of the party across the 319 wards of the state in Port Harcourt, wondered how the PDP, which could not unite the party was promising to unify Nigeria.

THE PDP governors have, however, vowed to re-unite the party ahead of the September 28 commencement of political campaigns. This was disclosed yesterday by the chairman of PDP Governors’ Forum and governor of Sokoto, Tambuwal.

He said the governors are discussing among themselves with a view to coming up with a solution to the crisis rocking the party.

Speaking after playing host to the party’s Board of Trustees (BoT), Tambuwal also added that they have engaged with the BoT and they believe that they will come up with solution to the problem facing the party.

“We are all interested in working together for an objective and that objective is for the party and Nigerians of goodwill, because we believe we have had enough of APC government.

“We are working to send out APC and their government come May 2023. It is a collective responsibility. Of course, we must apply balms, since we all believe that what we have is not good enough, we must work together to solve our internal problems, forge ahead and prosecute the electoral battle and by the grace of God we will have victory,” he said.

The BoT Chairman, Senator Adolphus Wabara, promised that Nigerians will see a more united PDP before campaign starts, disclosing that the BoT members are going to meet with Ayu, Atiku and his running mate, Ifeanyi Okowa, on the way forward.

Wabara said: “We are still moving around, in six days time the campaign will be inaugurated. We hope and pray that before then, Nigerians will see a more united PDP. We are doing this not for us, not for the chairman of the Governors’ Forum or anybody, we are doing this for Nigerians. Nigerians are looking up to PDP to deliver them from what we are experiencing with the ruling party.”

Asked to respond to the decision of Wike and his camp to pull out of the Atiku campaign council, Wabara said they will speak with Wike after his address to the nation on Friday.

“After Wike’s address tomorrow (today), we will speak with him. Wike is a member of the BoT. We have made attempt to meet with him, but I believe he has been very busy,” he said.

THE PDP National Secretary, Senator Samuel Anyanwu, has denied reports linking him as being part of some of party leaders, who recently announced their decision to pull out from Atiku’s presidential campaign team. Anyanwu, in a release signed by his Special Adviser on Media, Ikenna Onuoha, reiterated his loyalty and commitment to the party, describing the report as false and handiwork of detractors.

He said: “The story is totally false and baseless and, therefore, should be disregarded. However, such petty propaganda and campaign of calumny is meant to blackmail the PDP National Scribe and create infighting in our party.”

The Guardian gathered that Anyanwu is a close political ally to Wike, who alongside some chieftains of the party, on Wednesday pulled out from the campaign list.

WIKE despite withdrawing from the party’s campaign committee, has said he would not exit the party, but would remain to drive home his demands.