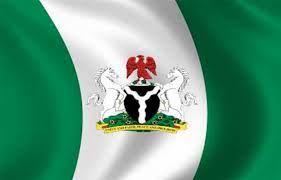 THE Federal Government has inaugurated a High-Level Steering Committee (HLSC) for the Eradication of statelessness in Nigeria and kick start the implementation of its five-key priority activities.

The Deputy Director of Press and Public Relations, Ministry of Interior, Mr Afonja Ajibola, made this known in a statement on Monday in Abuja.

According to him, the Minister of Interior and Chairman of the Committee, Rauf Aregbesola, made this known at the inaugural meeting of the HLSC in Abuja to eradicate statelessness in Nigeria.

The minister, who defined statelessness as an emerging global phenamenum in which a person is not considered or recognised as a national by any nation or state under the operation of its laws.

“It is a human right and it’s also a developmental, peace and security issue which affects the dignity of vulnerable persons.

“It strips the affected person of his or her human rights and portrays stateless persons as worthless.

“This violates the non-discriminatory provision of the 1999 constitution of the Federal Republic of Nigeria as amended.”

According to the minister, Nigeria is a signatory to various international treaties geared towards the eradication of statelessness in the world.

This, he said, was ratified by the President of the Federal Republic of Nigeria at the Abidjan declaration on statelessness and at the meeting of ECOWAS Heads of State Summit held in Accra on May 19, 2015.

“This led to the approval by the Federal Executive Council (FEC), on  Sept. 2, 2022, of a National Action Plan (NAP) to eradicate statelessness in Nigeria by 2024 in line with the Global Action Plan on Statelessness.”

Meanwhile, members of the HLSC which is co-chaired by the ministers of Interior and Humanitarian Affairs  include: the office of the Secretary to the Government of the Federation, Ministries of Foreign Affairs, Women Affairs, Justice and Information and Culture.

Present also were the country representatives of development partners such as UNHCR, UNFPA, UNICEF and UN Women, the Nigerian Immigration Service, represented by the Comptroller-General of Immigration, and the Directors-General of National Population Commission.

However, at the end of the meeting, five Sub-Committees were set up in line with the five priority activities while tasks were delegated to each Sub-Committee.

Thereafter, Chairmen and Secretaries were appointed to drive the activities assigned to each committee.

The five-key priorities of the National Action Plan are research, advocacy sensitisation, preventing childhood statelessness, addressing statelessness caused by transfer of territory, such as areas transferred by virtue of the 2002 judgment of the ICJ.

Consequential Greentree Agreement, eradicating gender and other forms of discrimination in the grant of citizenship and with regards to issuance of documents of identity, protection of stateless persons, migrants and refugees are also part of the priorities.

Aregbesola, however, thanked the members for their valuable contributions and urged them to bear in mind how critical their tasks are.

The minister also reminded them that the nation relied on their collective expertise to bring the scourge of statelessness to an end. (NAN)