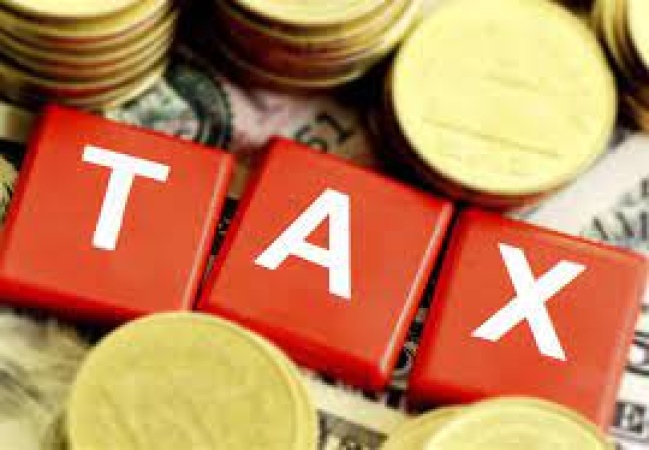 Vanguard Public Finance  findings in the VAT and CIT data for Q1‘2022 released by the National Bureau of Statistics, NBS, showed that CIT recorded stronger growth at 35 per cent as against the 18 per cent growth recorded in VAT during the review period.

Meanwhile, the federal government planned to spend the sum of N13.98 trillion in the implementation of its 2022 budget with expected revenue of N8.76 trillion.

In the 2022 budget, a sum of N3.6 trillion was provided in respect of Debt Service, made up of N2.5 trillion for Domestic Debt, and N1.1 trillion for Foreign Debt.

The 2022 budget has a deficit of about N6.25 trillion, approximately 3.39 per cent of GDP. This is slightly above the 3 per cent ceiling set by the Fiscal responsibility Act 2007 (FRA).

However, President Mohammadu Buhari explained that the expenditure level was necessary to assist with overcoming current security challenges and accelerate post-
post-recession growth. The President insisted that Nigeria only has a revenue challenge and not a debt sustainability problem.

The International Monetary Fund (IMF) in its 2021 Article IV projected that FG could spend as much as 92.6 per cent of its revenue on debt servicing this year.

Analysts at Cowry Asset Management Plc  in their update on the country’s Debt report for Q1’22, noted that given the widening public debt stock and paucity of revenues  interest payments for these debts would gulp a larger chunk of FG’s revenues in 2022 and beyond
They said: “Nigeria’s domestic debt service is on the rise with a 9 per cent  year-on-year increase to N668.7 billion in the first quarter of 2022.

“But given the widening public debt stock and paucity of revenues, it is a no-brainer that interest payments for these debts will eat up a larger chunk of the federal government’s revenues in 2022 and beyond.”

However, further breakdown of the domestic debt figure showed that FG’s domestic debt stock was at N20.14 trillion after it rose 22% year-on-year while the states and FCT debts constituted N4.84 trillion.

service costs staying unabated in some years to come as parts of FG’s revenues continue to be eaten up by interest payments due to revenue shortcomings of FG.

“This further counters the view of the CBN at its Monetary Policy Committee assembly in May, where it noted that its monetary tightening stance may support the moderation of government’s domestic borrowing following the rise in the cost of debt on the international capital market.”

Analysts at FSDH Merchant Bank in their Macroeconomic projection for 2022 noted that the nation’s budget deficit is expected to increase to N7.4 trillion in 2022 following a lower revenue projection resulting from the increased provision for fuel subsidy, which was hiked from N0.44 trillion to N4 trillion.

They said: “Budget deficit is expected to increase to N7.4 trillion in 2022, following a lower revenue projection and a higher expenditure outlay. The reduction in revenue is partly due to the increased provision for fuel subsidy, which was hiked from N0.44 trillion to N4 trillion. •

“This suggests that Nigeria may not benefit from the increase in crude oil price due to the high cost of subsidy/petrol imports which will add pressure on government finances and the exchange rate.

“With this, we expect government borrowing as well as Nigeria’s total debt stock to trend upwards in 2022.”

Meanwhile, the Federation Account Allocation Committee (FAAC), last weekend, shared the sum of N680.783 billion to the three tiers of government as federation allocation from revenues earned in the month of May.

A breakdown of the total distributable revenue was drawn from the Statutory Revenue of N385.004 billion, Value Added Tax (VAT) of N198.512 billion and Electronic Money Transfer Levy (EMTL) of N97.267 billion.

The FAAC at the end of the meeting, in Abuja, indicated that the Gross Revenue available from the Value Added Tax (VAT) for May 2022 was N189.512 billion.

The distribution is as follows: the Federal Government got N29.777 billion, the States received N99.256 billion, Local Government Councils got N69.479 billion.

A further analysis showed that the sum of N97.267 billion was recovered from the Electronic Money Transfer Levy (EMTL) and distributed as follows: the Federal Government got N14.950 billion, the State received N48.634 billion and the Local Government Councils got N34.043 billion.