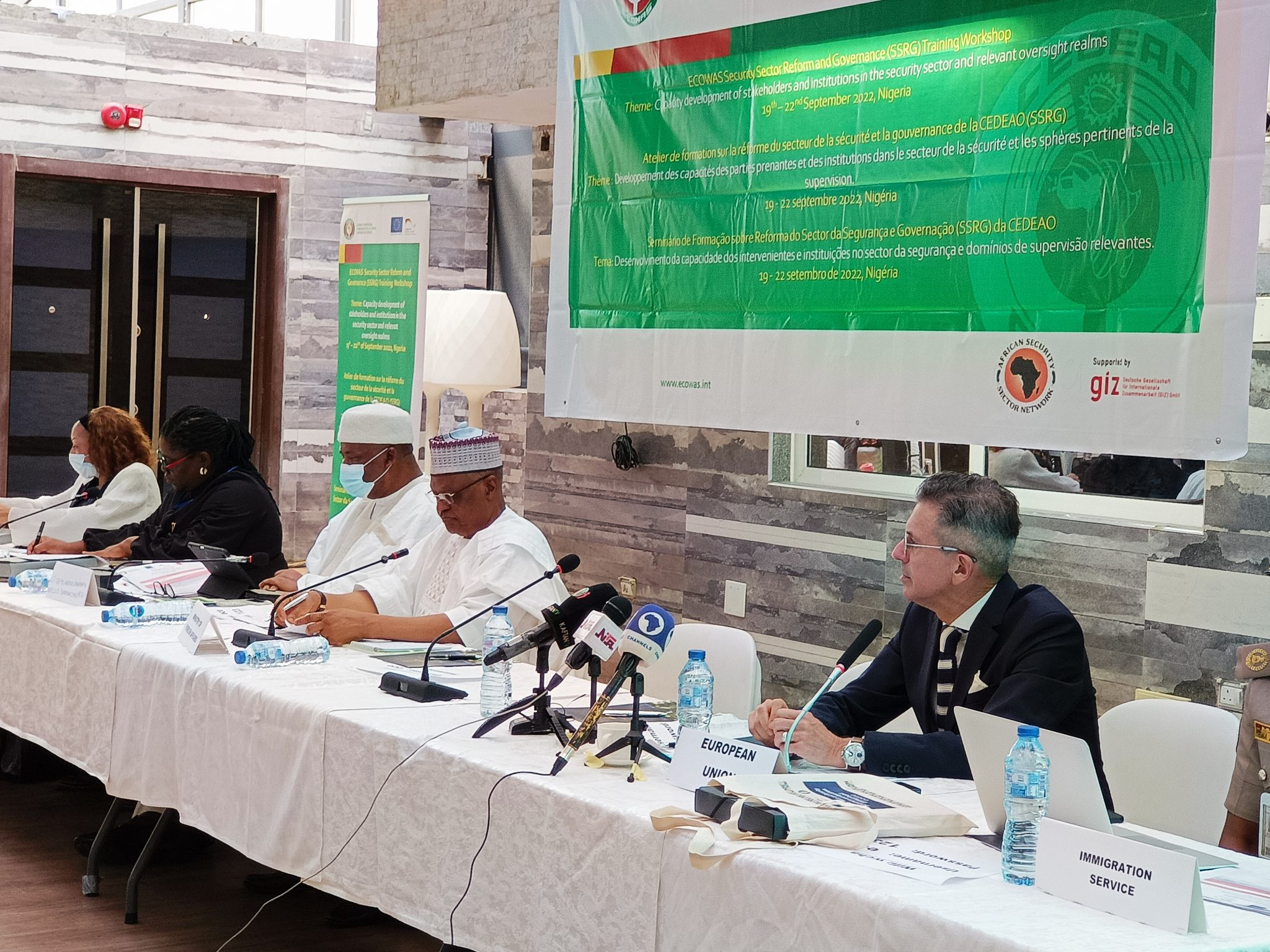 THE Federal Government has urged the Economic Community of West African States (ECOWAS) to support the National Security Sector Reform processes within the region.

The Minister of State for Foreign Affairs, Amb. Zubairu Dada, made the call at a 4-day ECOWAS Security Sector Reform and Governance (SSRG) Training Workshop on Monday in Abuja.

The News Agency of Nigeria (NAN) reports that the workshop was co-founded by the European Union and German Cooperation.

Dada disclosed that the Nigerian Government was committed to engaging the General Assembly on the critical aspect of the United Nations roles in supporting the SSRG.

He said that SSRG was to enable ECOWAS fulfil its role of assisting member states to establish early warning mechanisms and rapid response to threats to regional peace and security.

Dada noted that Nigeria was equally in support of the ECOWAS commission in achieving a stronger SSRG within member states.

“Nigeria restates its commitment to having a strong ECOWAS community and strongly recommends that the commission explores every opportunity at its disposal towards supporting national security sector reform processes within the ECOWAS community.

” Just as Nigeria is committed to engaging the General Assembly on the critical aspects of the UN roles in supporting the SSRG, Nigeria is equally in support of the ECOWAS Commission in achieving a stronger SSRG within the ECOWAS Member States.

” No doubt, insecurity is a major regional challenge, threatening the entire
economy of the West African sub-region, impeding the maximisation of West
Africa’s strategic littoral economic potentials, and causing instability in the Gulf of Guinea.

” The heinous activities of various non-State Actors around the sub-region, particularly in the Gulf of Guinea are indeed causing political upheavals and menace to our community.”

” I recommend therefore, that this ECOWAS shares from the above-mentioned report to build a formidable security sector reform
that will promote a common vision and shared understanding of SSRG among
national security stakeholders.

” It is pertinent to note that an exchange of experiences is a vital aspect of security sector reform in addition to the usual technical and financial assistance,” he said.

Gomes added that the workshop was a contribution towards maintaining peace and security in the sub-region.

” The ECOWAS Policy Framework for SSRG’s was officially launched in Abuja in November 2021. It is now for member states to start implementation.

” It contributes to the democratisation process in ECOWAS member states by encouraging security institutions to comply with democratic governance principles: accountability, transparency, and the rule of law.

” We strongly encourage its incorporation into national law in member states. We hope that the next four days will help devise ways to adapting the regional SSRG policy framework to Nigeria.”

Also, Dr Uju Agomoh, the Executive Director, African Security Sector Network, said” if security sector reforms literacy and practical initiatives can be moved into the lives of people and within the continent, then, we are heading for good times.

” Conflict doesn’t help anyone but we believe we need to look within us, build synergy with already existing mechanism of various governments, we need to also ensure that there is sustainability in terms of what makes a difference.” (NAN)