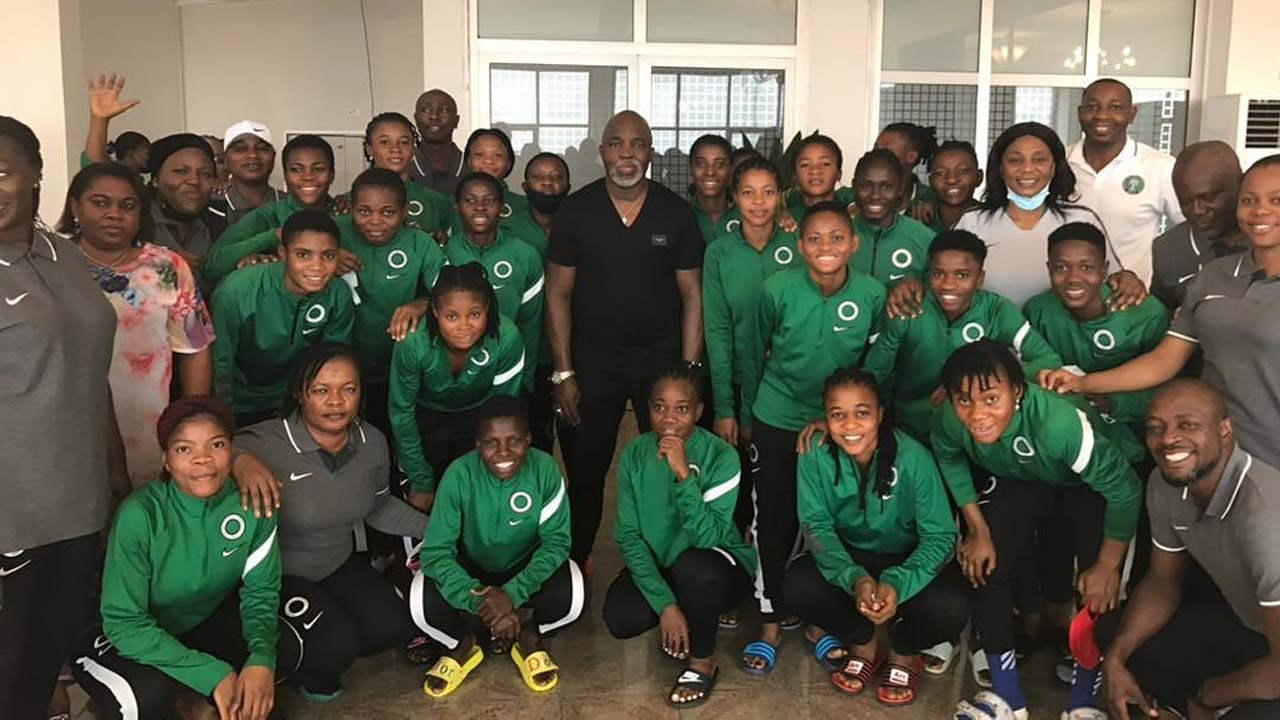 Falconets have arrived in Douala, Cameroon for the fifth round of the FIFA Women’s U20 qualifier against Cameroon. Photo/facebook/nigeriafootball/

The News Agency of Nigeria (NAN) reports that Nigeria’s women, playing in group C, began their opening match with their French counterparts but after barely 32 minutes after the first half, the match was suspended due to heavy rainfall.

Centre Referee halted the match to save both teams from the bad weather.

On resumption, both teams continued from where they stopped with the Falconets showing supremacy in the game.

They dictated the pace of the match from the start and had the majority of ball possession with 52 per cent as against France with 48 per cent.

While both teams’ shots on goal against each other were tied, they also had one yellow card each.

On resumption in the second half, both teams struggled for the ball with Mercy Idoko trying to score for the team
Nigeria but the French goalkeeper frustrated her efforts in the 56th minute.

France fought well a few minutes later and netted the ball but was overruled by the referee.

In the 85th minute, Flourish Sabastine broke the deadlock with a Mercy Idoko’s pass which fetched them the late winning goal.

The French girls continued to fight back but were unable to get any goal until the game closed in favour of Nigeria.

Nigeria will face South Korea on Sunday in their next match.

NAN reported that Falconets were paired in Group C along France, South Korea and Canada.

Meanwhile, in another match played earlier, the U.S. Under-20 team opened its run with an emphatic 3-0 victory against Ghana.