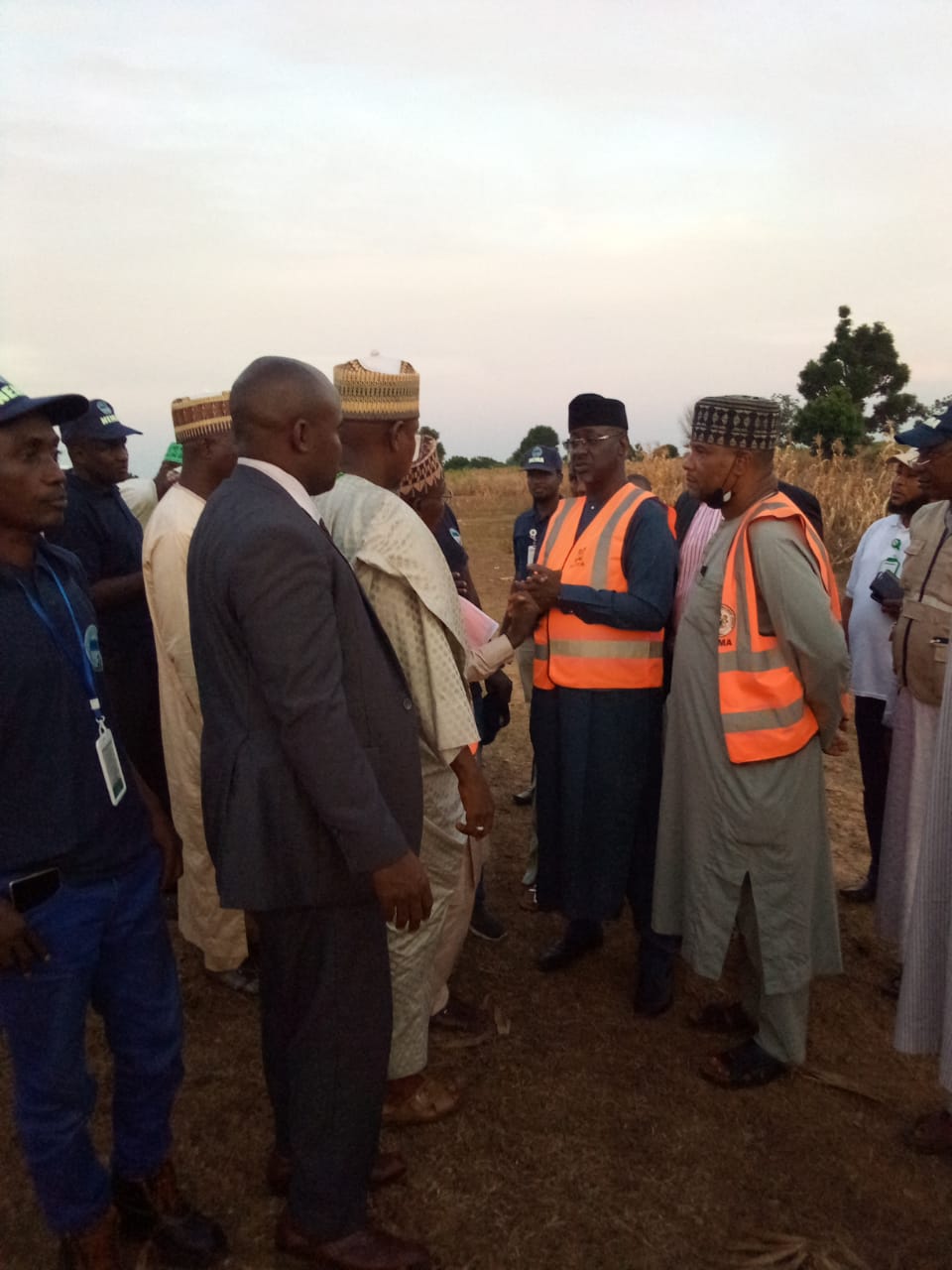 The Director-General of the Agency, Mustapha Ahmed-Habib made the disclosure on Tuesday during a damage assessment tour in the affected communities in Warawa and Wudil LGAs of the state.

He said that 1,113 farms had been submerged at Warawa Gishiri-Wuya; 1,135 in Larabar Gadon-Sarki and 4,808 farms wilt to flooding in Wudil.

He said that President Muhammadu Buhari had directed the agency to conduct damage assessment exercise with a view to assist the victims of the disaster.

“We came for an assessment tour at Wudil, Gishiri Wuya and Larabar Gadon-Sarki but due to the nature of the road we have to stop.

“We can’t cross over, our cars are getting stocked.

“We will also conduct on the spot assessment tour in flood affected communities across the country,” he said.

The NEMA boss said the agency would submit report of the exercise to the Ministry of Humanitarian Affairs, Disaster Management and Social Development, noting that the government would provide intervention to support the victims and mitigate the effects of the disaster.

According to him, NEMA will provide food and non food items to the victims of the disaster.

One of the victims, Malam Nasiru Qayya urged government at all levels to assist the victims to assuage their sufferings.

He also called on the state government to rehabilitate Ladi Makole – Larabar Gadon-Sarki access road cut off by the flood. (NAN)