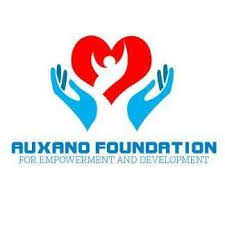 AUXANO Foundation, a Non-Governmental Organisation (NGO), has appealed to governments and public-spirited individuals to assist in providing qualitative education for indigent students across the country.

A Director at the foundation, Dr Grace Babajide, made the appeal at a news conference on Sunday in Abuja.

According to her, this will go a long way in promoting the much-desired national development.

She noted that the organisation had recently taken up the challenge, by sponsoring an indigent student through university education.

”Today, we want to appreciate God on behalf of this organisation, for the inspiration and successful completion of Tumuyi’s university education.

”We successfully completed the sponsorship of an indigent Nigerian, Mr Jonathan Tumuyi, in pursuit of his university education.

”Tumiyi, a Gbaggi indigene from Takalafia, a suburb community in Abuja Municipal Area Council (AMAC) of the Federal Capital Territory, joined other corps members who took part at the passing out ceremony of the National Youth Service Corps (NYSC) on Feb. 18.

”The feat was made possible courtesy of Auxano foundation,” she stated.

Babajide added that the foundation took the sponsorship of Jonathan from his second year in the university (200 level), when he had too many challenges to cope with, one of which was finance.

She said that owing to the challenges, Tumuyi had been considering dropping out of the university, but that fate drew him to the foundation, during one of our outreach programmes to distribute food items to his community.

The director noted that presently, Tumuyi had become a graduate of Educational Administration and Management from University of Abuja.

She said that Tumuyi did not disappoint the foundation, neither did he disappoint himself.

Babajide then called on government to support Takalafia community presently lacking in basic amenities, adding that it could only boost of the first graduate, without the hope of producing any other one in the nearest future.

Babajide also urged the youth to borrow a leaf from Tumuyi, who was focused and determined in pursuing his dream.

She also called on the youth to be wary of human traffickers, noting that issues of trafficking were on the rise in the country.

According to her, the foundation is working with rescue organisations by carrying out campaigns against human trafficking to schools, both primary and secondary, to know the dangers attached to the menace.

Babajide, who said that most of the funds used in carrying out the humanitarian interventions were being raised by members of the foundation, therefore, called for partnership from well-meaning Nigerians.

“Funding is our major challenge; structure is another one. Currently, we are still a group of volunteers; we don’t really have much; we do things from our pocket, with no support from anywhere,” she said.

On his part, Tumuyi, lauded the foundation for the encouragement and support extended to him  and urged the government and other NGOs to come to the aid of poor masses, especially the Takalafia community. (NAN)

CGTN: What Are Generations of Chinese Communists Striving For?

Becoming deliberate in the quest for renewable energy –  Tony Attah.