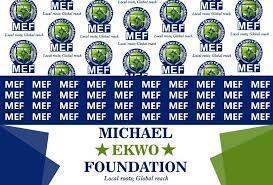 THE Michael Ekwo Foundation (MEF) has urged the Federal Government to establish Security Trust Fund through Nigerians in the diaspora to enable the country win its fight against insecurity.

The Chairman of the MEF, Dr Uchenna Ekwo, made the call on Wednesday in Enugu during a three-day Security Summit he organised in memory of his late father, Mr Michael Ekwo.

The summit had the theme ‘Strengthening the role of Government in National Security’.

Ekwo, a Research Faculty at City University of New York, United States however, recommended that the trust fund be funded through Nigerians in the diaspora.

“We are trying to change the prototype, gather information and see how we can translate the ideas into action,” he said.

Ekwo recommended that the government could collaborate with money transfer agencies by demanding a security commission once someone transferred foreign currency to Nigeria.

”This could be one of the ways Nigerians in the diaspora can assist in the fight against insecurity.

“Imagine the amount of money transferred into the country on a daily basis from different parts of the world; if government can take one or two per cent of it into the security fund and if properly managed, it will go a long way in addressing security challenges,” he said.

The researcher, who is also the President, Center for Media and Peace Initiative, noted that security was a capital intensive project and must involve everyone’s participation.

According to him, the insecurity in the country can be addressed and surmounted as Nigerians are resilient people all over the world.

“This programme is homecoming for me because I actually started here and I organised the event as a way of giving back to the society.

“Insecurity posed a great threat to us as a country but my concern is at what extent are we dealing with it as government and society.

“I know we can surmount the challenges of insecurity if government put a serious measure in place and citizens participate in the fight,” Ekwo said.

Ekwo noted that all over the world, there were great tendency by political leaders to outsource violence, stressing that what they could not get from the ballot box, they resulted to violence.

He, however, warned that politicians should not use violence as a tool to political power as the 2023 general elections approached.

Ekwo also appealed to governors to use their security votes to invest in helping the youths overcoming some of their challenges.

The Chairman of the summit and retired Commissioner of Police, FCT, Mr Lawrence Alaobi, described the summit as apt considering deteriorating security conditions in the country.

Alaobi called on Nigerians to join security agencies and governments in addressing insecurity by providing information on suspicious movements in their various areas.