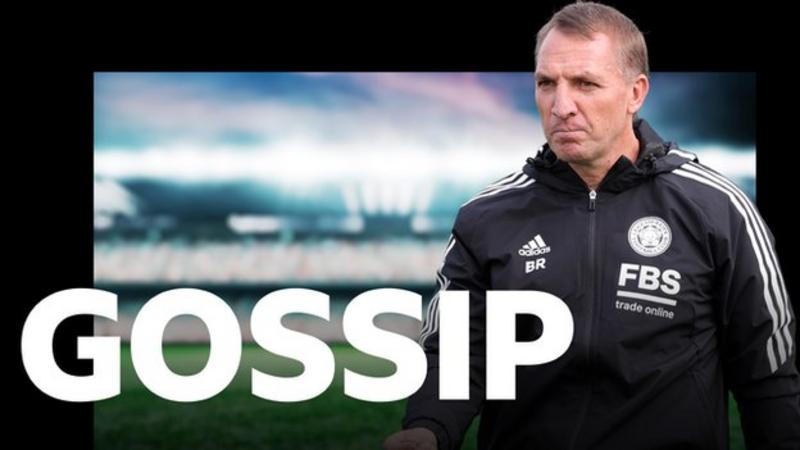 LEICESTER City intend to give under-pressure manager Brendan Rodgers more time to turn things around at the Premier League’s bottom-placed club. However, the reception he receives from fans at the home game against Nottingham Forest could be key to the Northern Irishman’s future at the club.

Contract talks between Everton and Anthony Gordon are “progressing well” as the 21-year-old forward, who was linked with a move to Chelsea in the summer, looks forward to a “substantial” pay increase.

Argentina’s Mauricio Pochettino, 50, will wait for a top job in England, Spain or Italy and is not interested in taking the head coach role at French club Nice.

Former Bournemouth boss and England midfielder Scott Parker, 41, has emerged as a potential candidate to take over at Nice.

Denmark goalkeeper Kasper Schmeichel, 35, has made a poor first impression at Nice since his summer transfer from Leicester City, after arriving overweight and upsetting management and team-mates by flouting club rules.

Belgium forward Eden Hazard, 31, says his situation at Real Madrid is “delicate” as he wants to be at the club but desires more game time.

South Korea defender Kim Min-jae, who has been linked with Manchester United, has a release clause in his Napoli contract of about 50m euros. But, as it cannot be activated in the January transfer window, any club wanting to sign the 25-year-old will have to wait until next summer.

Barcelona will have the option of terminating Spain centre-back Gerard Pique’s contract in June 2023 – one year early – if the 35-year-old defender features in less than 35% of games this term.

Argentina forward Paulo Dybala, 28, says “the last few years at Juventus weren’t easy” and the change of moving to Roma in the summer “did me good”.

Former Barcelona manager Ronald Koeman says he wanted to sign Netherlands midfielder Georginio Wijnaldum, 31, when in charge of the Spanish club but he failed because club president Joan Laporta “wanted to annoy me more than bringing in a player”.

AC Milan owner Gerry Cardinale will return to Italy in October when the contract renewals of manager Stefano Pioli and Portugal forward Rafael Leao, 23, will be among his priorities.

England midfielder Callum Hudson-Odoi, 21, is catching the eye as a number 10 after starting four consecutive games while on loan from Chelsea at Bayer Leverkusen.

Paris St-Germain’s signing of Argentina legend Lionel Messi, 35, from Barcelona on a free transfer in August 2021 has so far generated the Ligue 1 club 700m euros (£612m) in income due to commercial deals.