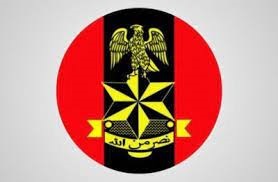 MAJ.-Gen. Taoreed Lagbaja, the General Officer Commanding (GOC) 82 Division of the Nigerian Army, has charged officers and soldiers to be combat ready and fit for deployment at any time.

Lagbaja gave the charge on Monday in an opening remark during the commencement of the division’s Inter-Brigade Combat Proficiency Competition 2022, holding in Abakpa Cantonment, Enugu.

The GOC, who was represented by the acting Chief of Staff of the division, Brig.-Gen. Musa Ndagi, said that the competition was meant to enhance the physical fitness of individual officers and troops in general.

He said that the competition would increase general agility of troops as well as promote esprit-de-corps among officers during operational combat.

“The COAS vision is to raise a professional Nigerian Army ready to accomplish assigned missions within a joint environment in defence of Nigeria.”

According to him, with this competition and other training, it is clear that personnel of the division will continue to perform excellently in all assigned duties and combat deployment.

The GOC thanked the COAS for approving and supporting training and retraining as well as other programmes meant to enhance both operational and managerial capacities of personnel of the division.

Earlier, the Commander of 82 Division Garrison, Brig.-Gen. Mohammed Ibrahim, urged the participating officers to observe the rules and be fair in the competition.

“We expect that you display all you have learnt in a gallant manner and ensure you carry the members of your individual teams along as we are looking on how best you can work as a team,” he said.

The five-day competition, which has five formations under the division participating, started on Monday and would end on Friday.

In the competition for the first day, which involved Combat Match as well as Stripping and Assembly of Weapons; 13 Brigade, Calabar, emerged the winners and 82 Division Garrison, Enugu was runners up.