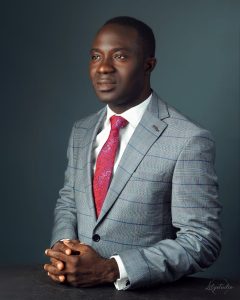 OLATAYO Ajiboye, founder of the Billionaire Christian Movement, said he had been inspired by God to start training youths on the sound principles of prospering through establishing and running genuine businesses.

Ajiboye, a serial entrepreneur, also Chairman of Talentcity International Ltd. disclosed this in a statement on Friday, in Lagos.

He said his motivation could be traced to a call from God in 2010.

According to him, God told him to take up the challenge to raise billionaire Christians who will grow through their commitment and dedication to building businesses by following biblical financial principles.

He said the journey began in 2010, in an uncompleted building, when he was down in the spirit, burdened by negative mindset.

“But God blessed me with people, I had few friends even there, one of them invited me to a church, a parish of the Redeemed Christian Church of God (RCCG) in Phase 3, Kubwa in Abuja.

“I started going to church there and then they announced a programme, ‘A Day Out with Daddy GO,’ that was in November 11, 2011, I can never forget the date.

“I went there and came back, dropped the last money I had. In the evening, I was on a small chair there and I dozed off.

“And I had a dream, someone touched me and said, “stand up”, I will build for you a city without poverty. The person went on to say I should read Revelations 21:23, that is all I was told.

“So, I read it and I saw that it was talking about the city that had no need of sun or moon and that the glory of God would illuminate it and the lamb would be its light. So, back then, I quickly said it was about a city, so I was imagining a real city,” he said.

Ajiboye noted that he continued the journey by registering a company, which he named ‘Talentcity’ and started moving toward construction career and planning a real estate business.

Ajiboye, the publisher of “15 Years a Billionaire: The Gateway to Becoming a Billionaire Christian” planned to document his encounter with God and the blueprint to actualise the divine assignment.

Ajiboye said that he continued to receive more messages after the initial one in 2010, inviting him to take more concrete steps to do what God had commanded.

According to him, that is the reason he developed the Talentcity Estate and to organise programmes to destroy the mindset that hinders God’s people from prospering.

“After the message started coming that God wanted me to bring people into the estate; and to raise billionaire Christians; I decided to do it in several other ways,” he said.

I am so convinced about this divine call as I began to see Pastor Enoch Adeboye, the General Overseer of RCCG, giving me Bible in my dream.

“Sometimes, Bishop David Oyedepo of the Living Faith Church enters my house dropping bag for me, ” he added. (NAN)