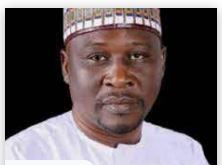 The News Agency of Nigeria (NAN) reports that Bonse said this on Thursday in Calabar when he addressed journalists.

He added that he planned to do things differently to put Cross River on the path of sustainable development.

Bonse said that he had done some things for the state as a private citizen, vowing, ”I will do more if elected governor.

”The attraction of Foreign Direct Investment (FDI) would be one of the cardinal points of my government, when elected.”

According to Bonse, tax incentives and the right laws would be used to attract the FDI into the state, promising to make the state an investment heaven.

“The only way you can actually do the things we claim we can do is by bringing direct foreign investment into the state.

“It is not rocket science. Direct foreign investment comes on two legs: the goodwill of whoever is in the position to attract the FDI and the comfort that you give to the investors that their investments are safe.”

The gubernatorial hopeful also promised to provide an enabling environment to guarantee  the  safety of investors and their infrastructure.

“These two things, we will carry them on our shoulders. Anybody who really has the state at heart can find things.

“Let me tell you, there is no local government around the 18 council areas of the state that does not have sufficient raw material to set up an industrial hub of an international standard.

”This will create jobs, better our economy, and accentuate our position on that radar of visibility.

“I’m not simply talking of the same usual creation of companies. I am talking of something that can make maximum use of the EPZ,” Bonse stated. (NAN)