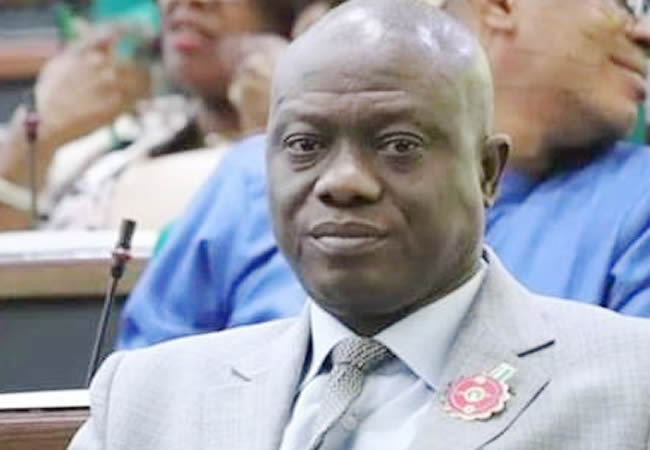 The governor’s endorsement of the National Assembly lawmaker representing Egbedore/Ede/Ejigbo federal constituency was made known in Osogbo on Sunday at the final match of the 3rd edition of Otunba Isiaka Adetunji Adeleke Memorial Football competition organised annually by Bamidele Salam.

“As a sports lover, I want to commend and appreciate Bamidele Salam for honouring and celebrating my brother, the first Civilian Governor of this state, Senator Isiaka Adetunji Adeleke.

“This football competition is epoch making, a way to immortalize my brother and equally another way to groom the youths of the state through sport activities for development

“These and many others are part of several applaudable stewardship activities of Representatives Bamidele Salam, and no doubt, if he gets reelected, I’m sure he will advance on the course of the giant development he’s carrying out for the good people of Ede/Ejigbo/Egbedore federal constituency”

“I hereby urge the good people of Ede Federal constituency to vote massively for the reelection of Bamidele Salam,” the governor stated.

The proprietor and founder of Adeleke University, AU, Deji Adeleke, and the Director of Southwest Atiku-Okowa Women Mobilisation Presidential Campaign Council, Modupe Adeleke-Sani, also endorsed and affirmed their support for the re-election of Bamidele Salam.

They described the lawmaker as a “servant-leader who understands the yearnings of the people he represents and have an applaudable track record in office that is worthy of support.”