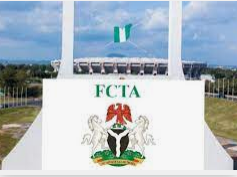 CENTRE for Transparency Advocacy (CTA) has called on government to empower women in the Federal Capital Territory (FCT) with kick-up grants that would enable them to practicalise the skills acquired.

Executive Director of CTA, Ms Faith Nwadishi made the call at a news conference organised in collaboration with Women of Original Inhabitants Ambassadors group in the FCT.

The News Agency of Nigeria (NAN) reports that the cultural ambassadors group was established by CTA as agents of cultural rebirth and specially placed as community volunteers.

“The groups are raising the consciousness of the original inhabitants to promote the socio-economic, political and cultural rights of the inhabitants of the FCT in their various communities.”

Nwadishi, who acknowledged that it was not enough that women should be encouraged to go into skill acquisitions, called for access to some kick-up grants that would enable them to practicalise the skills acquired.

“Most women’s source of livelihood is firewood fetching and selling, hawking groundnuts, corn amongst others. But we all know these aren’t sustainable businesses.

“This is because indigenous women are regularly faced with harassments from the taskforce while in the cities, firewood hewing is also prohibited or discouraged.”

The executive director stated that the indigenous peoples were distinct social and cultural groups that shared collective ancestral ties to the lands and natural resources where they lived or occupied or from which they were displaced.

“These are peoples with pre-existing sovereignty who were living together as a community, prior to contact with settler populations.”

According to her, the tribes of the FCT include Gbagyi, Gwandara, Koro, Gede, Bassa, Ganagana and Ebira.

She said the indigenous tribes in the FCT faced many challenges, including discrimination over lack of access to education, health care and ancestral lands.

“For decades, the Original Inhabitants (OIs) of the FCT have faced several forms of infringements of their fundamental rights and women faced double of these challenges.

“They also face disproportionately, high rates of poverty and are subjected to violence, such as domestic violence and sexual abuse, including in the contexts of trafficking and armed conflict.”

Nwadishi, however, called for the removal of structural imbalance that impeded the well being of the original inhabitants women in the FCT.

“Women in the FCT should be included in political activities across the different political platforms.

“We acknowledge the appointment of one of the women ambassadors as the media aide to the newly elected Abuja Municipal Area Council (AMAC) chairman. We call for more of these recognitions,” she said.

On her part, Amina Kassanki, a member of the OI Cultural Ambassadors,  of the Bassa tribe, said that women were “at the receiving end” of the problems faced by the inhabitants.

According to her, these problems include lack of access to education and non-inclusion of women in political decisions.

For Rebecca Ahmed, a Gbagyi indigene, illegal mining activity carried out in communities was causing health challenges to citizens.

“Most of our lands have been taken away from our men which has hindered farming which is one of the sources of livelihood for us.”

Also, Henshi Zeichibu, representing Persons With Disabilities (PWDs) called on government to grant scholarships to the physically challenged indigenes, to enable them to enrol in schools and aquire skills.(NAN)