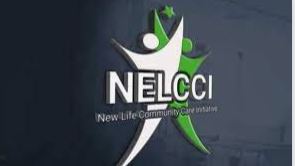 AN Enugu-based Non-Governmental Organisation, known as New-Life Community Care Initiative (NELCCI), has decried the rate of violation of children and women rights in the state.

The NELCCI Director, Florence Ifeanyi-Aneke, made the remark in an interview with the News Agency of Nigeria (NAN) in Enugu on Wednesday.

Ifeanyi-Aneke said that the group was also calling for the implementation of Child and Women Rights in the state to strengthen their protection from sexual abuse and deprivation of rights.
She described women and children in Enugu as vulnerable and seen as creatures without choice and voice in society.

According to her, culture and society view women as people without choice and who should not talk when men are talking.

“Culture and society see women as those whose place is often in the kitchen.

“So we are working to close the inequality gap and ensure there is equity and protection of their rights.

“Presently, we are engaging traditional rulers and leaders of two communities in Udi and Nkanu East Local Government Areas to end abuses and right violation of children and women in their communities.

“We are also soliciting for women’s inclusion in the traditional rulers’ cabinets and state in general and full implementation of Child Rights Law in Enugu State,” Ifeanyi-Aneke said.

She further said that the group would set up Community Child Right Committee to handle affairs, such as child abuse, rape and early marriage by ensuring the implementation of Child Right Laws in the state.

“Any case of violation of the child’s right, the community will report to the committee and we are planning to set up the same committees in secondary schools in the state.

She urged the public to report child and women rights violation to the appropriate authorities.
She said that if fully implemented, no child would be seen hawking in the street, while others were in the classroom.

Ifeanyi-Aneke said that the sensitisation was organised by NELCCI in partnership with Agents for Citizens-driven Transformation, funded by European Union and implemented by British Council. (NAN)