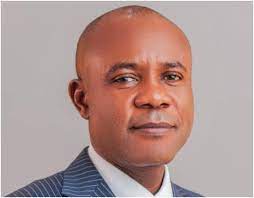 THE Peter Mbah Support Group (PMSG), Abuja Chapter, a pressure group, said it was satisfied with the interest and turn out of the youth in the just concluded voter registration in different parts of the country.

Chief Jude Aninta, its convener/coordinate said this in a release issued in Abuja on Sunday.

PMSG is a coalition of leaders and stakeholders of Enugu State working for the victory of Mr Peter Mbah (PDP) in the 2023 governorship election in Enugu State.

Aninta, however, urged the youth to embrace the available chance now to visit the Independent National Electoral Commission’s (INEC) offices nearest to their voting units to collect their Permanent Voter cards (PVCs).

He lauded the turnout of Enugu youths in transferring their voting points home from different parts of the country to elect Mbah for credible leadership and grassroots development of their state.

“I commend your demonstration of political awareness but your possession of your PVCs is the only thing that can guarantee attainment of your political vision in our state,” he said.

The PMSG coordinator said that there was no better alternative to Mbah’s candidacy because of “his track record as an accomplished lawyer, seasoned technocrat and astute politician.

“He is a grassroots man, youth friendly, investment and security conscious, focused, with integrity to tackle the challenges of the state in the next dispensation.

“Enugu is in safe hands with Gov. Ifeanyi Ugwuanyi and will be better with Mbah in the saddle,” Aninta added.

He thanked the leadership of the Enugu Indigenes Association, Abuja, for partnering PMSG in its programmes.

He also gave the assurance that the Mbah victory in the 2023 governorship poll would bring rapid development to Enugu State and reaffirm its status as the investment haven of South East zone. (NAN)