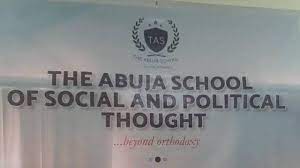 ABUJA School of Social and Political Thoughts (ASSPT), has urged the Independent National Electoral Commission (INEC) to extend the Jan. 29 deadline for Permanent Voter Cards (PVCs) collection to ensure that all registered voters are able to collect theirs.

Sam Amadi, Director, ASSPT, said this at a news conference on ‘the right to vote must not be abridged’ in Abuja on Tuesday.

Amadi said that INEC must strive hard to ensure that all registered voters wre able to exercise their franchise by voting in the 2023 general election.

He said that the school had continued to monitor collections of PVCs across the country, saying while there were some improvement, there were still so many outstanding issues to be resolved.

He said that the organisation was worried about reports of alleged refusal or reluctance by INEC officials to give out PVCs to registered voters.

“In other places, there are reports of extortion of desperate Nigerian by INEC official who are allegedly charging fees before collection of PVC.

“In Abia, such practice was rampant that an INEC official charged those who wanted collect their PVCs from offering any money to officials,” Amadi said.

He added that as theJan. 29 deadline drew nearer, many registered voters had made effort to collect their PVCs but to no avail due to alleged misbehaviour of INEC members of staff or avoidable operational hitches.

“Some stakeholders, including political parties, have raised concerns about the process before the extension was granted.

“They complained about slow pace of work. Others complained of obstruction of INEC officials or inadequate arrangement for a more grassroots collection. (NAN)

“There are concerns about students who have returned to school but registered at home while schools were closed due to prolonged strikes.

“The question is whether it is reasonable to expect these students to leave school, go back home and collect their PVCs within the period allocated by INEC for PVC collection,” he said.
Amadi said there were also reports that a significant number of registered voters had been turned back home on the ground that the cards were not available or yet to be printed.

“All these logistic failures are avoidable with better planning and round-the-clock registration and collection of voter cards.

“It is obvious that the greater blame lies on the system put in place by the electoral management body to manage the logistics of registration and collection of voter card.

“Many have questioned the value of waiting last minutes to begin collection of voter cards, considering the time sensitivity of the electoral process.

“In the context of INEC’s low efficiency of technical operations, it is willful to assume that all voter cards will be collected within such a short period,” he said.

He advised INEC to collate the PVCs of students in schools and send it to their various campuses for collection.

He suggested that INEC should consider fixing specific days of the week where registered voters can walk into its offices and collect their PVCs as part of a long term measures.

Amadi said he had already informed registered voters who had made efforts but unable to get their PVCs to document such efforts to be used as legal evidence against INEC after the general election.

He also advised schools to consider public holiday for students to collect their PVCs.

The General Secretary of the Alliance for Credible Elections (ACE), Mrs Mma Odi, in her contribution advised INEC to ensure that every registered voter got his PVC.

Mr Kenneth Eze, advised INEC to set up a situation room for PVC collection, where registered voters can lay their complaints, allegations, or challenges relating to PVC collection.