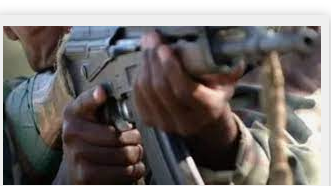 SIX persons, including two expatriates and two police inspectors were killed by gunmen on Friday in an attack launched against their convoy in Kogi

Also killed in what looks like guerrilla attack were two drivers of the expatriates of West Africa Ceramics Company Ajaokuta, Kogi

SP William Ovye-Aya, the image maker of Kogi Police Command, made the disclosure on Saturday in a statement  in Lokoja.

Ovye-Aya explained that the six victims, two expatriates, two company drivers and two police inspectors died in the exchange of fire with the hoodlums along Lokoja-Ajaokuta road around 8 p.m on Friday.

According to the image maker, the expatriates were being escorted by police to the Ceramic company that evening, when the gunmen attacked them.

He said that the Area Commander and a detachment of Military in the area had to reinforced to the scene of incident before the attackers fled.

The image maker said already, the Kogi Commissioner of Police, CP Edward Egbuka, had visited the scene for an on-the-spot assessment.

He said that the CP has equally ordered the deployment of additional operational assets consisting of Operatives of the Police Mobile Force, Counter Terrorism Unit, Quick Response Unit, State Intelligence Bureau in synergy with other security agencies to restore normalcy in the area.

“The CP is assuring the public that the Command is committed to working in synergy with other security agencies as well as patriotic stakeholders to make the State a safe and secure place for all and sundry.

“He has further asked the Deputy Commissioner of Police in charge of the State Criminal Investigation Department (SCID) to commence investigations into the unfortunate incident so as to unravel the remote and immediate cause of the attack with a view to bringing the perpetrators to book, ” Ovye-Aya assured. (NAN)