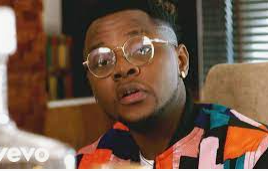 Singer Kizz Daniel has been arrested by the Tanzanian police following his failure to appear at a concert he was fully paid to perform at.

The policemen came for the singer in an open-back police van and he was ushered to the back of the van.

Fans of the singer went home disappointed last night when he failed to show up for the concert they bought tickets for.

Some of the aggrieved concert-goers smashed objects and threw missiles to show their disappointment after waiting fruitlessly for the Buga singer. Many are seen walking out, while angrily voicing their displeasure.

A video that has now surfaced online shows him being escorted out of his hotel by men of the Tanzania Police force.

See below a statement issued by the show promoters who vowed to use the instrumentality of the law to punish Kizz Daniel for destroying their credibility.