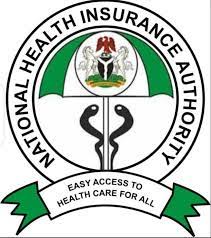 Adekunle made this known during an interactive forum with representatives of Federal Ministries, Department and Agencies (MDAs), health care facilities and Health Maintenance Organisation, on Thursday in Osogbo.

She explained that unlike under the old National Health Insurance Scheme (NHIS), which made health insurance optional, the NHIA Act, signed by President Muhammadu Buhari, now makes health insurance mandatory for all.

”The aim of the act  is to enable Nigerians have access to affordable and quality health care.

”Under the NHIA act, all Nigerians, irrespective of whether they are self-employed, government workers, private workers, vulnerable groups, retirees, corps members, are adequately covered,” she said.

Adekunle said that the agency has embarked on continuous community mobilisation and sensitisation of people at the grassroots on the need for them to key into the health insurance.

She appealed to service providers and health management organisation to always treat the beneficiaries of the health scheme with respect and dignity.

Adekunle said the interactive forum was organised to intimate stakeholders with the NHIA Act.

She said the NHIA act’s objective is to achieve universal health coverage by 2030 in line with the Sustainable Development Goals (SDGs).

Also in his presentation, Mr Abiodun Adeyemo, the NHIA head of programmes, who spoke on the rights of enrollees of the NHIA, said beneficiaries of the health insurance have the right to easy access to quality healthcare without hindrance.

Adeyemo said that the beneficiaries also have the right to know the cost of drugs component for their treatment to ascertain the 10 per cent co-payment, among others.

According to him, under the act, there is a package called GIFSHIP- for Group, Family, or Individual social health insurance programme.

Adeyemo said the GIFSHIP was to ensure that all Nigerians, whether in formal or informal sector, individual or family, as well as private firm have access to quality and affordable health care.

Also, Dr Saheed Adeyemo, NHIA head of Standard and Quality Assurance, said that Osun had be chosen as one of the pilot states for NHIA medicine supply initiative.

Adeyemo said that the agency would continue to ensure that quality drugs were supplied and given to beneficiaries of NHIA by the service providers.(NAN)