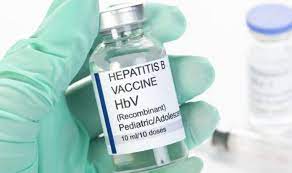 THE Kwara House of Assembly on Wednesday urged Gov. Abdulrahman Abdulrazaq to make Hepatitis B vaccine available for people to access.

The lawmakers say the vaccine will save many lives as Hepatitis B, a serious liver infection caused by the Hepatitis B Virus (HBV) can easily be prevented by vaccine.

They also agreed that the disease is highly contagious and can be transmitted through blood or bodily fluids.

This was part of the resolutions of the House after considering a Motion on Notice titled: “Need for Massive Awareness and Sensitisation Campaign on Hepatitis B in Kwara State.”

The House Leader, Alhaji Abubakar Olawoyin, representing Ilorin Central, who moved the motion, said “it is worrisome as Hepatitis B is easier to transmit sexually than HIV, the virus that causes AIDS.

“Hepatitis B is mostly asymptomatic, as many people live with the virus for up to 30 years without knowing.”

Olawoyin added that if such symptoms eventually occur, they usually appear within three months and last between two to 12 weeks.

In his submission, Hon. Baba Salihu, representing Okuta/Yashikira Constituency, said the motion was geared toward saving lives, “and since the virus cannot be detected by a layman, hence the need for massive campaign on its existence.”

The House Speaker, Yakubu Salihu, representing Ilesha/Gwanara Constituency, who read the resolutions reached, urged Gov. Abdulrazaq to direct the Ministry of Health to collaborate with the Ministry of Communications to embark on awareness on Hepatitis B.

The symptoms of Hepatis B vary, but common signs include yellowing of the eyes, abdominal pain and dark urine.(NAN)