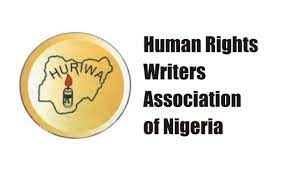 …condemns attacks by gunmen on villagers in Plateau, Rivers States:

PROMINENT civil Rights Advocacy Group-HUMAN RIGHTS WRITERS ASSOCIATION OF NIGERIA (HURIWA) has accused politicians bent on destabilisation of the peace that has reigned in Enugu state for over 7 years for the terrorist attack by armed Fulani herdsmen at Eha-Amufu in Isi-Uzo Local Government Area Council of Enugu State.

Besides, HURIWA accused the General Officer Commanding 82 division of the Nigeria Army General Umar Musa of abysmally failing to fortify security to wade off terrorists from attacking after he allegedly flushed out suspected members of the Eastern Security Network, the prominent civil Rights Advocacy Group-HUMAN RIGHTS WRITERS ASSOCIATION OF NIGERIA (HURIWA) has condemned the killing of 13 villagers and the burning down of many houses by suspected armed Fulani herdsmen.

HURIWA regretted that no fewer than 13 persons have been allegedly killed by suspected herdsmen who invaded Agu-Amede, Mgbuji and Eboh communities, in Eha-Amufu, in the Isi-Uzo Local Government Area of Enugu State just as it was  gathered that the attack started when armed herdsmen, who invaded Ohualu Mgbede village in Agu-Amede on Saturday and Monday, killed eight people.

HURIWA citing media report recalled that a community leader, Samuel Ezeh, who confirmed the incident, said the armed herdsmen declared war on Eha-Amufu communities, adding that between Saturday and Tuesday, no fewer than 13 persons had been reportedly killed.

The Rights group also quoted the spokesman for Mgbuji community, Chijioke Ogbodo, who described the attack on the community as an act of war, adding that Since the (herdsmen) started attacking our community, neither the police nor the military have arrested any of the terrorists. We received information on the attack this morning and alerted all the security agencies.

HURIWA recalled that the media also quoted Chijioke Ogbodo the spokesperson of the affected communities as alleging thus: “We have notified all the security agencies but as of 12pm, we are yet to see any single soldier or police. Our communities are being razed down and after the attack, the government will deploy soldiers dominated by Northerners to shield the jihadists. If the Nigerian police and other security agencies, especially the military cannot protect the people of the South East, then why are they after the Eastern Security Network that helped communities farmed this season. Now we can’t harvest our crops because so many of the ESN members have been killed.”

Reacting, the National Coordinator of the HUMAN RIGHTS WRITERS ASSOCIATION OF NIGERIA (HURIWA) reminded the General Officer Commanding division 82 of the Nigeria Army that his duty is to protect all citizens irrespective of Ethnicity or other considerations just as it expressed outrage that villagers could just be WIPED OFF the surface of the earth by armed herdsmen even after he and other heads of security institutions in Enugu State were alerted.

“We in HURIWA are urging that the authority concerned especially the Government of Enugu State that has done so much to keep the peace to ensure that the killers are identified, arrested, prosecuted and punished just as the Rights group reminded the GOC 82 division that  organised civil rights advocacy groups will petition the Chief of Army staff to demand his removal of the General Officer Commanding 82 division if he continues to look the other way whilst Igbo villagers and travellers are killed and kidnapped by suspected and Fulani herdsmen.”

HURIWA relatedly has condemned in the strongest possible terms the continues attacks by armed gunmen in communities across Plateau State just as the Rights group described as an act of terrorism the attack by armed men Tuesday night that invaded Wumat village of Bokkos Local Government Area of Plateau State, killed eight people and injured some others.

The Rights group condemned the lacklustre approach of the Plateau State governor, Simon Lalong towards confronting the terrorists terrorising the people of Plateau State because he wants to appear as being politically correct and as someone not wanting to offend the Fulani Ethnic group.

But HURIWA said those killing people around Nigeria although may be affliated to Fulani Ethnicity but they are not embarking on these terrorist acts for the benefits of the Fulani Ethnic group but are pure terrorists who should be dealt with in accordance with the counter terror laws in application in the Federal Republic of Nigeria.

HURIWA  has also called on the Rivers State Mr. Nyesom  Wike to fish out the suspected armed Fulani herdsmen that killed about eight citizens in a part of Elele in Rivers State few days ago just as the Rights group said allowing terrorists to get away with their dastardly crime is an incentive for future terrorism which is unconstitutional.